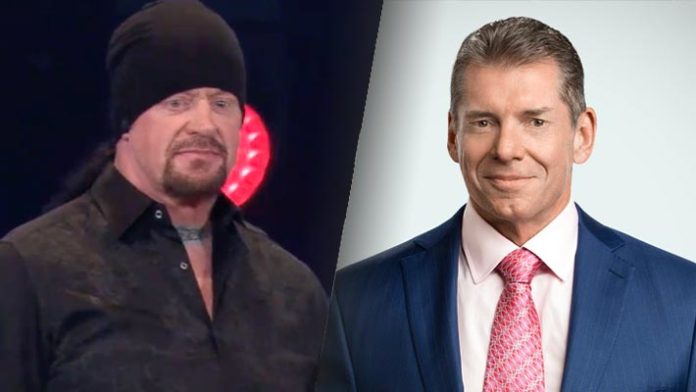 WWE legend the Undertaker has allegedly opened up on his relationship with WWE boss Vince McMahon. Also, he told why always he was diffident to go against him. The Undertaker explained that he has always been determined to stand by Vince McMahon all through his WWE career.

Last month only the WWE legend turned 54, still he continues to fight in the ring quite infrequently however. According to reports, he last appeared at WWE Extreme Rules in July. And another WrestleMania fight seems to be on the cards next year.

All through his career, the Undertaker has always been regarded as a leader amongst his fellow wrestlers. But the legend has opened up on his status and his relationship with WWE chief McMahon, as he is the one who gave him his opportunity back in 1990.

John Cena admitted eating ‘10,000 Calories’ Worth of Tic Tacs before each WWE match