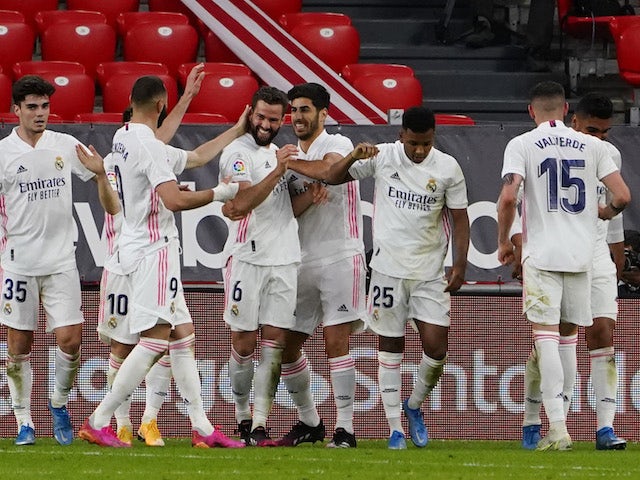 Aurelien Tchouameni and Antonio Rudiger were both acquired by Real Madrid this summer. While the former came from Monaco in a high-profile deal and the latter left Chelsea on a free transfer. Despite missing out on a deal for Kylian Mbappe, Los Blancos are not anticipated to be excessively busy with incomings for the remainder of the window.

But other players are rumoured to be leaving, and Carlo Ancelotti’s team would have to re-enter the market this summer if additional players left. The fate of at least five more members of their first-team roster is in doubt, despite the fact that Marcelo, Isco, and Gareth Bale all left on free transfers.

The 5 players who can depart from Madrid this summer

Dani Ceballos played for Real Madrid only 18 times in the 2021–22 season, just 11 of which were in La Liga. The addition of Tchouameni will make it much more difficult for the Spaniard to play regularly next season, as he is about to reach the final 12 months of his contract in Madrid.

The 25-year-old, who spent two seasons on loan at Arsenal before returning to Bernabeu, is thought to be the subject of intense interest from a number of clubs.

In light of rumours that Kroos does not want to sign a new deal with the club, Manchester United and Manchester City are both thought to be closely monitoring developments.

In a well-stocked midfield that includes Federico Valverde, Eduardo Camavinga, Tchouameni, Casemiro, and Luka Modric, head coach Ancelotti has options, so it is not out of the question that Kroos might depart in the current market despite the importance of the player to the team.

However, the 32-year-deal old’s in the Spanish capital is set to end next summer, and there has recently been talk about what will happen to him.

Meanwhile, numerous rumours continue to surround Marco Asensio’s future, as the 26-year-old is rumoured to be open to transfers this summer. In 42 games in all competitions last season, the attacker was a fixture for Ancelotti’s team, contributing 12 goals and two assists.

However, as the year drew to a close, he fell behind Rodrygo and Valverde in the pecking order, and with his contract set to expire the next year, much has been said about his future.

This summer, Asensio is reportedly a target for transfer by AC Milan, Man United, Arsenal, and Liverpool, with Real Madrid reportedly seeking a fee of around £35 million.

According to reports, Mariano Diaz has informed Real Madrid that he plans to leave the team during the summer transfer window in order to play regularly. Since rejoining the team in August 2018, he has struggled to make an impact, and he reportedly wants to depart this summer to pursue regular action elsewhere.

With only three goals and five assists in 51 games in all competitions for Real Madrid, Luka Jovic has struggled to perform at his peak for the Spanish powerhouse. The Los Blancos are reportedly willing to let the Serbian international depart this summer after he only managed one goal and three assists in 19 appearances during the previous campaign.