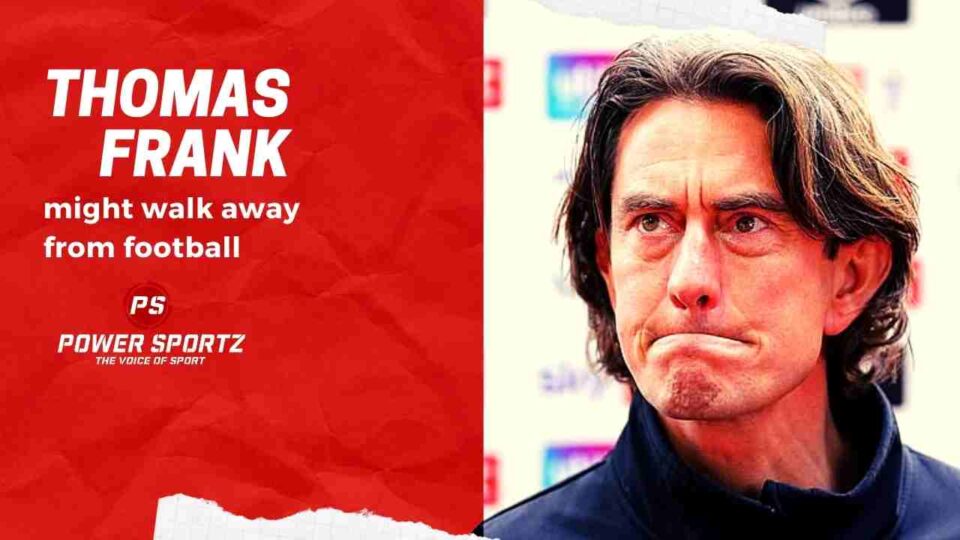 Thomas Frank got promoted to Brentford’s head coach in 2018; The Danish man helped his side attain promotion to the Premier League this season. Brentford has had a decent start to the season; they have managed to beat Arsenal, Wolves, and West Ham; Additionally, they managed to draw their game against the 2019-2020 Premier League champions Liverpool.

If Brentford keeps on performing like this they will be able to keep themselves in the Premier League this season; Unlike the other promoted sides who are fighting the relegation battle. The other prompted sides are Watford who are six points clear of the relegation zone and Norwich; ‘The Canaries’ are coming last as they have been unable to record a single win this season. In Norwich’s last match they lost to Chelsea by a scoreline of 7-0.

The manager decided to end his contract with mutual consent due to the abuse he faced. Furthermore, the manager stated that he might never return to managing a football club as he doesn’t have the capacity to deal with such hate. This enraged football fans all over the world as well as the other Premier League managers.

In a recent interview, Thomas Frank stated that “It’s so easy these days to criticise the manager. In modern times its part of the job that you apparently need to be criticized if things aren’t going your way.”

The Danish manager further questioned if the criticism is worth it by saying, “That’s why sometimes you think ‘is it really worth it?’ I love working with people, I love working in football. I’ve been privileged in my career to work with good people. There are highs and lows. It is a tough job. So maybe sometimes I think there are other things you also need to do in your life.”

Thomas Frank further went on to say that there are more important things in life other than football; he further shared that, “I’m pretty convinced I have my priorities right in terms of friends and family in life. And if I don’t do this I’ll just (do) an even more important job, a schoolteacher, or work with children.”

What do you think about the comments made by Frank?