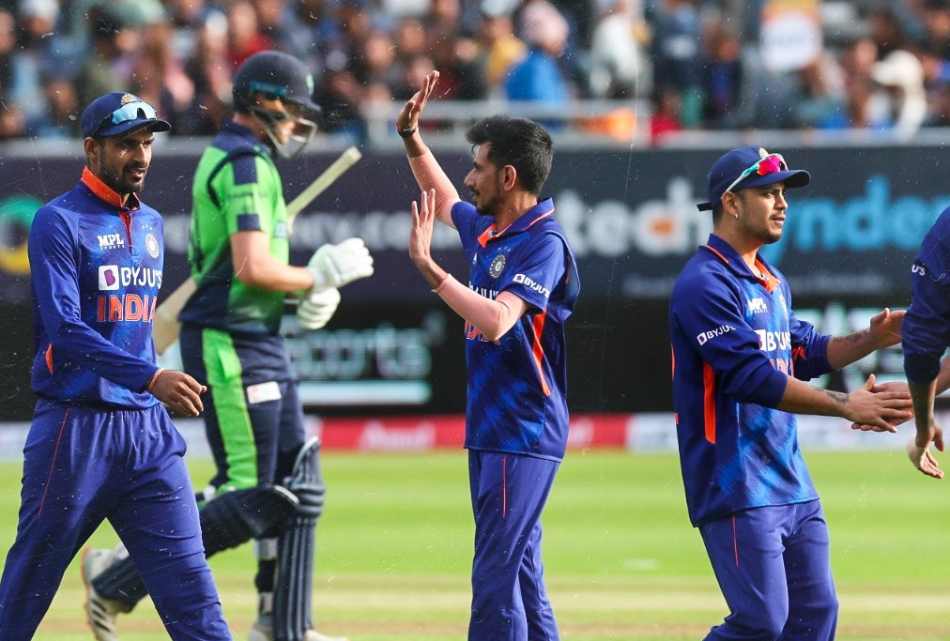 After a comfortable victory in the first T20, India intended to put up a high-scoring show in Dublin against Ireland. But to everyone’s surprise, the Irish team made it a last-ball nail-biting thriller.

Craig Young received a unique cap to honour his 50th T20I, but it was India who got better of Ireland at the end in Dublin. In a high-scoring second and final T20I against Ireland, Deepak Hooda reached his first T20I century. Meanwhile, Sanju Samson cruised to his first T20I fifty as the duo put up 176 runs for the second wicket to set up India’s massive total of 225/7.

India’s intentions were evident from the moment captain Hardik Pandya decided to bat on an “alright” wicket during the toss. Hooda and Samson made sure that India, who were asked by head coach Rahul Dravid to bat with intent.

The Men in Blue did so even though the visitors lost Ishan Kishan to a wild slog outside off. The partnership between Hooda & Samson was India’s highest ever for any wicket and the highest second-wicket partnership in all T20Is at 176 off just 86 balls.

Through the middle overs, the visitors cruised along, scoring 111 runs between overs 9 and 15. The Samson-Hooda stand was the source of all of it. But as Ireland broke through it in the 17th over, they were able to control the scoring.

In the final three overs, only 24 runs were scored. Moreover, up to five wickets were lost by the Indian team during those last overs. Young dismissed two of them in quick succession, including Dinesh Karthik with an outside edge to the keeper, who was a critical wicket.

The hunt of Ireland to level the series against India

Paul Stirling assisted Ireland in scoring 50 in just four overs while chasing the fourth-highest T20I total ever. That kind of start was specifically caused by Stirling, who made 40 off 18 balls while smashing 5 fours and 3 sixes before being dismissed by Ravi Bishnoi’s googly.

Ireland continued to discover the boundaries and keep India on their toes even after Stirling left. It is sufficient evidence that they achieved their greatest total in a home T20I. After being stumped by Bishnoi off a no-ball, captain Andrew Balbirnie went on to score a 34-ball fifty. This was his sixth in the format, and assisted his team in scoring 100 runs in the ninth over alone. Another speed-breaker was his dismissal by Harshal Patel in the 11th over. But this time Harry Tector and George Dockrell stepped up, putting up a 47-run partnership off of just 21 deliveries. India almost crossed the finish line thanks to the dismissal of Tector by veteran Bhuvneshwar and Umran’s final over. On that particular day, not much separated the two sides.

As a result, the game was decided in the very last over which saw a high-scoring nail-biting fixture. Umran Malik and India finished on the right side of a hot-and-cold 20th over, causing Ireland to lose by a slim margin of four runs with six needed to win off the final ball.

5 players that could leave Real Madrid this summer