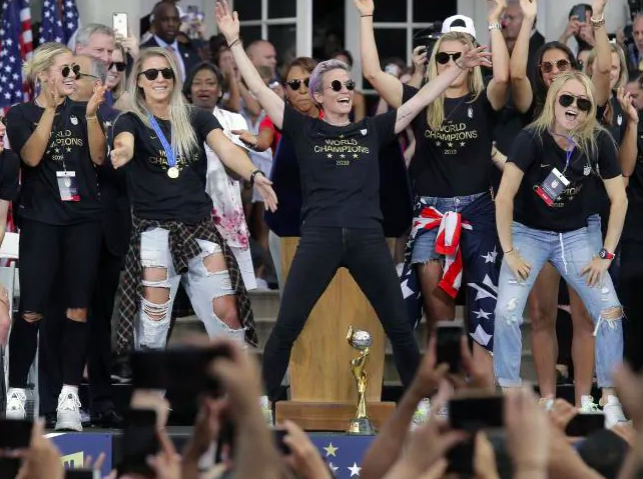 When the U.S. Women’s World Cup champions are busy in celebrating their recent triumph, it is speculated that a top-tier American player was left off the team because of her religious views.

Jaelene Hinkle, 26, a native of Colorado who played college soccer at Texas Tech, is a defender for the North Carolina Courage of the National Women’s Soccer League. Hinkle helped her team win in 2016 & 2018,.

But in 2015, Hinkle had objected publicly to the U.S. Supreme Court’s ruling that legalized same-sex marriage. “Jesus didn’t come to save those who already believed in Him,” she wrote in a highly-publicized Instagram post at the time.

Then, in 2017 Hinkle declined to play in two matches for the U.S. women’s national team, reportedly because she didn’t want to wear special team jerseys recognizing Gay Pride Month.

MS Dhoni out of WI tour? Conjectures rife of a potential retirement