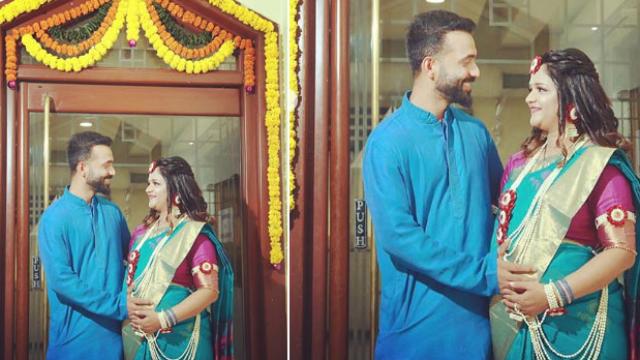 India’s Test vice-captain Ajinkya Rahane became a proud father to a baby girl on Saturday. Rahane got hitched in the year 2014 with his childhood friend Radhika Dhopavkar.

On Saturday Rahane’s wife, Radhika Dhopavkar gave birth to a baby girl and he got the heartwarming news in Visakhapatnam where he is allegedly playing the first Test against South Africa.

Ajinkya Rahane married his childhood friend Radhika in 2014. Rahane and Dhopavkar met first in school and they remained friends for quite some time, before they really fell for each other. Then their parents met and arranged their marriage in 2014.