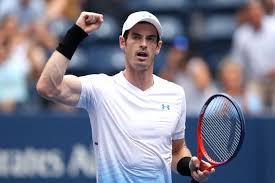 Former world no.1 Andy Murray has withdrawn from the Delray Beach Open because of Covid-19 fears.

Murray, who is all set to take play in the Australian Open in February, mentioned that he is wary of travelling to the United States due to the virus outbreak and wants to minimize risks ahead of the season’s first Grand Slam.

“After much deliberation with my team I’ve decided not to travel to play in Delray Beach. Given the increase in Covid rates and the transatlantic flights involved, I want to minimize the risks ahead of the Australian Open,” Murray said in an interview to a sports channel.

Murray, 33, was given a wild card for the Delray Beach event, which is scheduled to be held from January 7 to 13. He had missed most of the 2020 season due to complications from his hip injury and has struggled for form since returning to the tour after the Covid-19 induced break.

He has also been offered a wild card for the delayed 2021 Australian Open, which will start from February 8. This will be the first time Murray will play in Melbourne since the 2019 event, where he said he was considering retiring from the sport after the tournament due to his hip injury.

Murray was overpowered in five sets by Roberto Bautista Agut in the first round in 2019 after which the organisers had even played a video montage in tribute to his career featuring fellow tennis stars bidding him farewell. However, later on, he reversed his decision to retire.