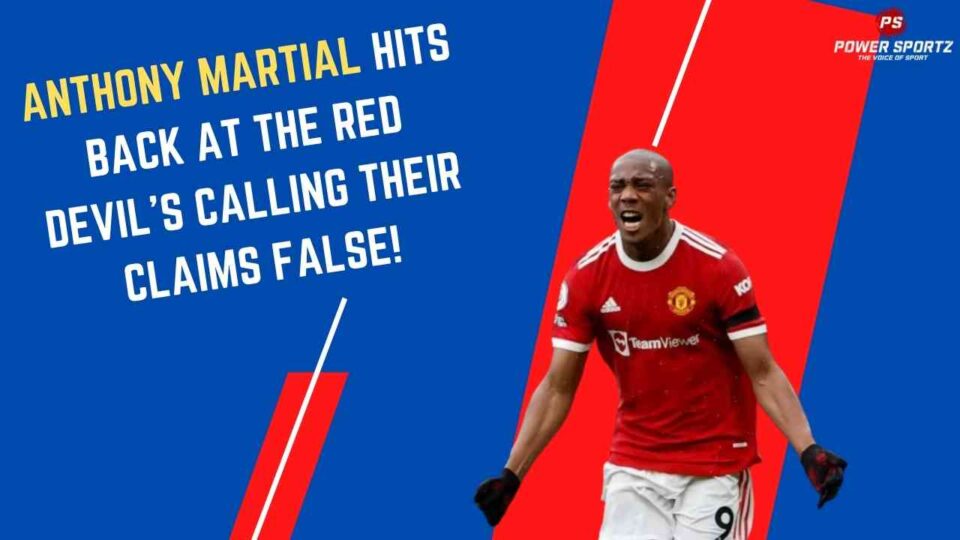 Anthony Martial is pushing for a move away from Manchester United; this is because he is struggling to find sufficient minutes and has fallen down the pecking order. However, there are many complications in finding the Frenchman a move away as clubs are struggling to find an agreement with Red Devils over his valuation. As of now, Sevilla is the closest side to signing the attacker who wants the attacker on a loan deal; they offered to pay half of his wages but Manchester United has blocked this move and demand that Sevilla pay a hefty loan; fee and cover all his wages.

The Red Devils drew their last Premier league against Aston Villa; this disappointing result has caused a lot of frustration around the club. United only took 8 substitutes in total for the match; reporters questioned Ralf about Martial not being part of the squad for this fixture. The manager stated that the 26-year-old Frenchman refused to be part of the squad; so he wasn’t in the squad who traveled to Villa. This resulted in the attacker getting a lot of hate from Manchester United’s fans across social media!

Anthony Martial has called out his manager!

Martial has been deeply hurt by his manager’s comments and the backlash he has faced over social media. He took to Instagram to express that Ralf’s claims were wrong; the Frenchman further stated that “I will never refuse to play a match for Man United.” He later expressed that “I’ve been here for seven years and I never disrespected and I never will disrespect the club and the fans.” The fan base of the Red Devils is shocked by this statement; and are confused as to who they should believe in this situation!

Manchester United must put this event behind them and keep focusing on the Premier League if they hope to secure European football next season!