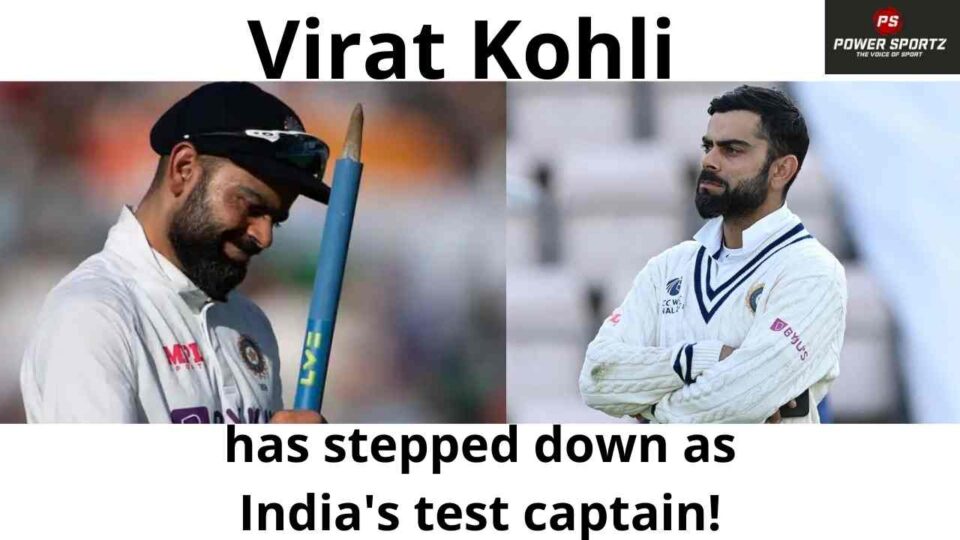 Virat Kohli lead India in their last test series against South Africa; this series was extremely disappointing as they lost the three-match series by a score of 1-2. The main reason India lost the series was because of their poor bating in the last two games of the series; BCCI is expected to make many changes to the bating roaster of the test squad before their next test series. India will play their next test series on the 25th of February; when they will take on Sri Lanka in a two-game test series at home.

Following this test poor test series, India’s most successful test captain Virat Kohli has decided to step down as the captain. This is because he feels that he will be able to play better; and provide more for his side without the duties of being a captain. BCCI came out on social media and thanked the superstar; they stated that Kohli has exceptional leadership qualities which they really appreciate. It is expected that either KL Rahul or Rohit Sharma is expected to take over this role going forward under Rahul Dravid; however, the BCCI is yet to make an official statement regarding this.

Virat Kohli passed some statements after he made the major decision!

King Kohli stated that, “It’s been 7 years of hard work; toil and relentless perseverance everyday to take the team in the right direction. I’ve done the job with absolute honesty and left nothing out there. Everything has to come to a halt at some stage and for me as Test captain of India, it’s now. There have been many ups and also some downs along the journey; but never has there been a lack of effort or lack of belief. I have always believed in giving my 120 per cent in everything I do; and if I can’t do that, I know it’s not the right thing to do. I have absolute clarity in my heart and I cannot be dishonest to my team.”

The superstar further added that; “I want to thank the BCCI for giving me the opportunity to lead my country for such a long period of time and more importantly to all the team-mates who bought into the vision I had for the team from day one and never gave up in any situation. You guys have made this journey so memorable and beautiful. To Ravi Bhai [Shastri] and the support group who were the engine behind this vehicle that moved us upwards in Test cricket consistently, you all have played a massive role in bringing this vision to life. Lastly, a big thank you to MS Dhoni who believed in me as a captain and found me to be an able individual who could take Indian cricket forward.”