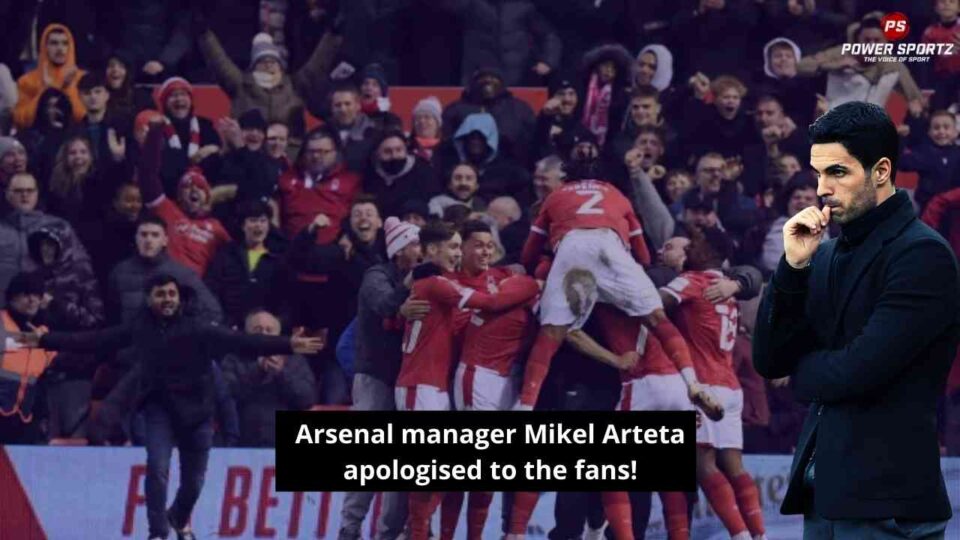 Arsenal has been eliminated from the FA Cup; this shocking elimination has taken place in the third round of the cup. The Gunners were stunned by Nottingham Forest by a score of 1-0. Despite having a strong lineup that included inform players such as; Ben White, Saka, Odegaard, and Martinelli Mikel’s side couldn’t secure the win. This is because English giants were wasteful in front of goal; as they weren’t able to take a single shot on target out of the 10 attempts made. On the other hand, their opponent’s Championship side Nottingham Forest; took their chances by recording 3 shots on target out of 7 attempts.

Nottingham Forest will face Leicester City in the next round of the FA Cup; later during in the first few days in February is the expected date for this FA Cup tie. After this disappointing loss, Mikel’s side are only competing in two completions for the rest of the season; firstly they will be playing in the Premier League where they are coming 4th and have displayed great form. In addition to the Premier League, the Gunners will play in the EFL Cup; where they will play in the semifinals against Liverpool in a two-legged tie. The first game of the EFL Cup semifinals will be played on the 14th of January; who do you think will be able to win this match?

In the post-match press release after the exit from the FA Cup Mikel expressed that; “Really disappointed with the performance first of all not with the attitude. How much purpose we have and what determination we showed to change the game when it’s difficult to play against. But more drive, more hunger to win at any cost in every single action. Much more, we were not at our level today.”

He later added that “It’s really hurting. A competition related to our history and to get be knocked out of it today is a big bump.” He finished the conference by expressing that he is extremely sorry for the way his team has performed in this tie.

Do you think Mikel is the right manager to take Arsenal forward and secure a top-four spot in the Premier League?