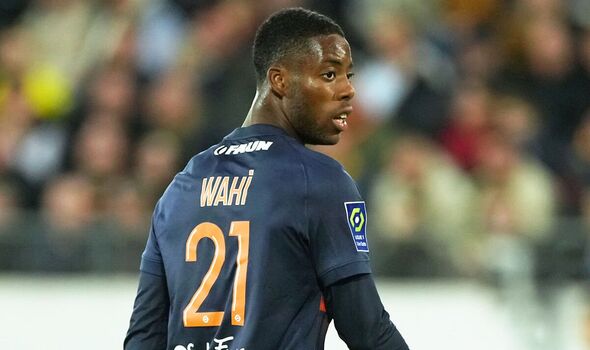 Elye Wahi, a forward for Montpellier HSC, is apparently a target for Arsenal. The 20-year-old has made an impact for La Paillade in the 2022–23 season as the attacking spearhead, scoring seven goals and dishing out one assist in 16 Ligue 1 outings.

Wahi, despite his youth, has already scored 20 goals and provided four assists in 74 career games for Montpellier, including 10 Ligue 1 goals last season. His contract with Montpellier, whom he has represented since joining as a young player in 2018, has two and a half years remaining on it but a decent offer might soon put him on a flight to England.

Everton is rumoured to be thinking about signing the highly regarded attacker, but the Toffees now face tough competition to land Wahi. According to Foot Mercato, Arsenal has been keeping track of the 20-year- old’s development and has been aware of Wahi’s exploits in Ligue 1 for a number of months.

According to the source, Mikel Arteta is content with his offensive alternatives of Gabriel Jesus, Eddie Nketiah, and Folarin Balogun, and Arsenal has no plans to make a summer transfer move for the striker.

Arsenal to make a move for Elye Wahi this January?

Wahi may very probably be moved at the end of the current campaign, but Montpellier are anticipated to reject offers for him in the January transfer window.

“For now, I’m at Montpellier. We’ll see what the future has in store for me. We’ll speak with those involved at the end of the season,”

“Right now, I’m concentrating on my club. But if I can stay at Montpellier until 2025 [his contract expiration] it would be a pleasure.”

Following Jesus’s knee injury and subsequent surgery, which could keep the Brazil international sidelined until March at the earliest, Arsenal is on the market for a new attacker in January.

The Gunners are still in talks with Shakhtar Donetsk over a move for Mykhaylo Mudryk, and it is thought that they have made a second offer for the 21-year-old Ukrainian player.

If Arsenal defeats Newcastle United on Tuesday night, it might go 10 points ahead of Manchester City in the Premier League standings.