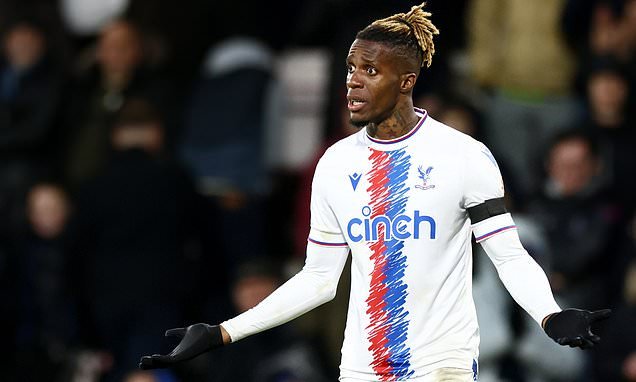 If Ferran Torres quits the team, it is said that Barcelona may try to sign Crystal Palace forward Wilfried Zaha. Zaha is now in the last six months of his Selhurst Park deal and is free to begin pre-contract negotiations with international clubs.

Although a transfer away from Selhurst Park has been predicted for the Ivory Coast international for a number of years, it has never happened. Although Palace manager Patrick Vieira stated in the summer that he was certain Zaha would remain at the club, the 30-year-old is reportedly drawing a lot of attention both domestically and internationally.

Zaha, who has six goals and two assists in 15 Premier League games this season, is reportedly of interest to a number of Premier League clubs, including Arsenal, Chelsea, and Tottenham Hotspur.

With Ferran Torres’ future at Camp Nou in doubt, Fichajes now says that Barcelona has set their sights on the former Manchester United starlet as a potential replacement. The former Man City player has rapidly slipped down Barca’s attacking pecking order and has only started six La Liga games in 2022–23.

Torres has a four-and-a-half-year extension on his deal at Camp Nou, but there have been rumours that the Spain international could leave soon due to his inability to crack the starting lineup.

After contributing 12 goals and 7 assists in 45 games for Barcelona, Torres has also been linked with a January move to Arsenal. Tottenham is reportedly contemplating a bid for him.

Fichajes claims that despite being aware that Torres’ performances do not support such a high asking price, Barcelona is still trying to recover between €40m (£35.4m) and €50m (£44.2m) from his sale.

The 22-year-old entered the game for the final 28 minutes of the weekend’s 1-1 La Liga derby draw with Espanyol. This season, he has five goals and one assist in 19 appearances for Barcelona.

Torres played for Man City in just 28 Premier League games during his time there, scoring nine goals and dishing out three assists en route to the team’s 2021 championship.

Zaha, meanwhile, played for Palace’s youth teams from 2004 to 2013 before joining Manchester United. He made just four professional appearances there before coming back to Selhurst Park.

The Ivory Coast international played the entire 90 minutes in his team’s 2-0 Premier League victory over Bournemouth on New Year’s Eve. In 445 appearances with the Eagles across all competitions, he has accrued 89 goals and 75 assists.