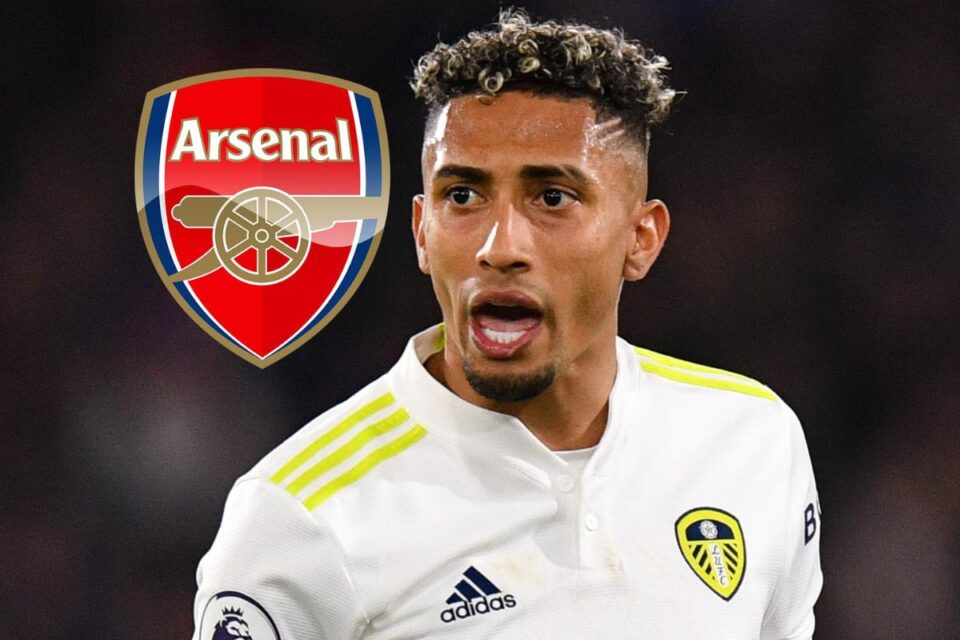 Arsenal have made a bid for Leeds United playmaker Raphinha but the offer is expected to be rejected. It’s believed to be the first official bid Leeds has received for the Brazilian attacker, who had 11 goals in the Premier League last year.

Arsenal are yet to make a big impact in the summer transfer market and with the likes of Manchester City, United, and Liverpool are spending, the pressure is on the Gunners to live up to those expectations. The London club is always considered one of those Big 6 Premier League clubs. However, they never seem to have a higher transfer budget. Nor they are famous for making the most expensive transfers.

But looking at Arsenal’s current squad it is quite clear that the Gunners need a completely change their roster. Recently Mikel Arteta signed a new contract with the club keeping him at the Emirates until 2025 summers. Thus, now the honors are on him to take thee club to new hights or match the class reflected by the former legendry manager Arsène Wenger.

Thus, now Mikel Arteta will be looking to strengthen his squad in order to bring back the glory days at the London club.

Arsenal have made a bid for Leeds United playmaker Raphinha but the offer is expected to be rejected. It’s believed to be the first official bid Leeds has received for the Brazilian attacker, who had 11 goals in the Premier League last year.

Arsenal looking to bring Raphinha to the Emirates

The offer, according to sources, is well below their assessment and will undoubtedly be turned down. Several clubs in the Premier League and abroad have expressed interest in the 25-year-old, who transferred from Rennes to Leeds in 2020.

If the opportunity arose, it is believed that the Leeds United star would like to sign with Barcelona. However, it is unclear whether the Spanish powerhouses will have the money to make a deal. For the West Yorkshire club, which would prefer to keep the player, Raphinha has scored 17 goals in 60 Premier League games.

This also included the critical opening goal from the penalty spot in their season-ending victory at Brentford to keep them in the top tier. Meanwhile, according to reports, Manchester City has not yet made an official offer to Leeds regarding England player Kalvin Phillips.

Since the end of the season, Phillips’ future at Elland Road has been the focus of heated discussion. Although Leeds would prefer that Phillips sign a new contract to stay with his old team.

Although Leeds are ready for City to express interest and know that it would be difficult for the 26-year-old to decline the offer when it does come. Thus, Leeds could see their two start players who have played a crucial role in the team could leave this summer.

However, the Brazilian’s transfer could be termed as unlikeliest one to happen soon as many clubs are after Raphinha’s signature. Although the Gunners have made a formal bid for the playmaker but it is expected to be rejected considering the player’s valuation.