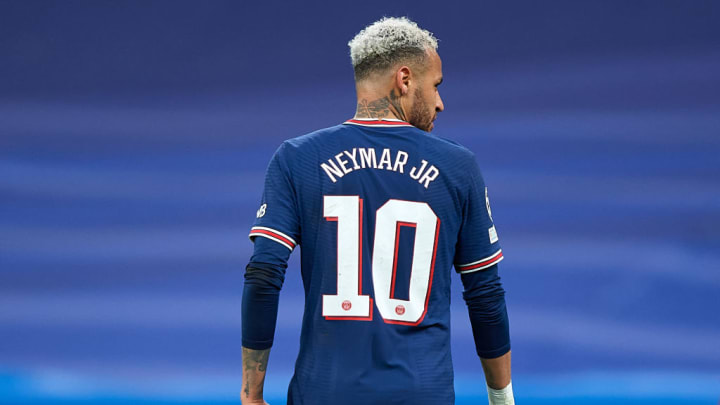 According to the sources, Paris Saint-Germain will consider a summer transfer for Neymar if the right deal comes up. Over the previous few years, the 30-year-old’s long-term future has been questioned, and a spectacular return to Barcelona was briefly suggested.

Paris Saint-Germain have a dream squad but is oftenly being criticized for having a roster full of egos. Thus, it is important to create a team of coordinating players rather than having the best players employed.

Now, PSG star forward Neymar Jr is on the list of sale as the French club is looking to release the player this summer.

However, a deal would not have been realistic due to La Blaugrana’s ongoing financial issues. Moreover, Neymar still has three more years left on his term with the Parc des Princes. The 2021–22 season was turbulent for the Brazil international, though, as he missed much of the season due to injury and received jeers from his own fans.

Goal claims that PSG no longer sees Neymar as a necessary piece of equipment in their current squad. And that the Ligue 1 champions are willing to let the former Barcelona player go in the upcoming weeks.

According to the reports, Neymar’s recent on-field accomplishments and off-field demeanour have left PSG executives less than satisfied. The South American may also be in jeopardy if Kylian Mbappe uses his enormous new contract to influence trades.

Although Neymar and Mbappe’s friendship is alleged to have “cooled” over the previous several years. Meanwhile, the Brazilian has no plans to leave the club immediately before the Qatar 2022 World Cup.

In addition, Neymar’s exorbitant wage demands might prevent him from moving to another club because only Newcastle United can afford his demands.

The ex-Santos starlet reportedly has no interest in moving to St James’ Park, thus all indications seem to point to his staying at the club for at least the upcoming season.

Due to his fitness issues, Neymar only participated in 28 games across all competitions last season, yet he still managed to score 13 goals and provide eight assists in Ligue 1 and the Champions League.

The most expensive player in the world has 100 goals and 60 assists to his name after playing in 144 games for PSG since his world-record £199.8 million transfer from Barcelona five years ago.

Meanwhile, out-of-favour striker Mauro Icardi has recently denied rumours of a transfer, but he is still being linked to an escape and is reportedly being offered to Wolverhampton Wanderers.

PSG is rumoured to be one of the clubs interested in luring Robert Lewandowski away from Bayern Munich, while Sassuolo CEO Giovanni Carnevali recently disclosed that he had spoken with Les Parisiens about Gianluca Scamacca.

On the sidelines, Mauricio Pochettino’s departure from PSG should soon become official, and Christophe Galtier, the manager of Nice, is set to take over as of the start of the following campaign.

Thus, it could be seen that the club is willing to make a lot of change this summer in order to make a perfect squad and release irrelevant players or coaches from the current squad.