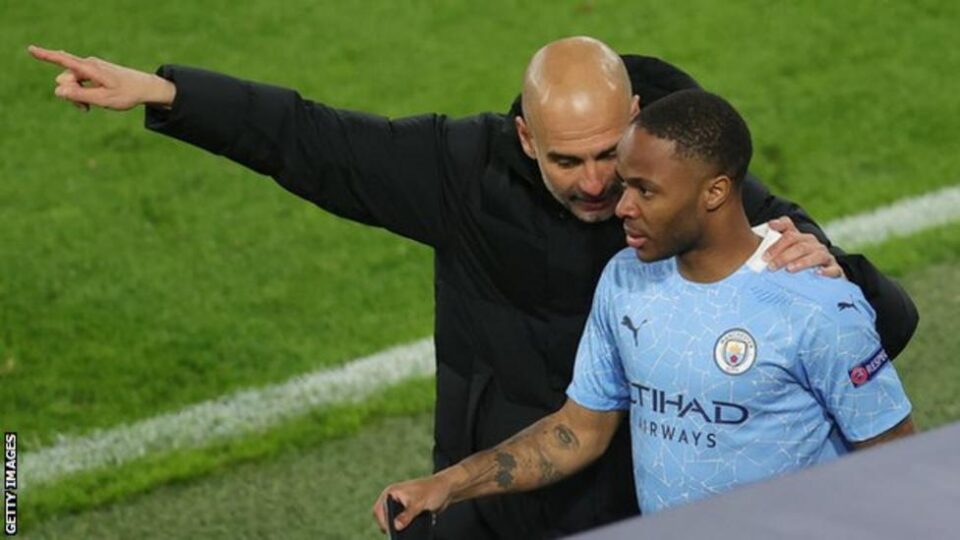 Raheem Sterling is debating whether that memorable match at the Etihad Stadium will turn out to be his final appearance for Man City. The Englishman is to make a decision, a month after coming off the bench to play a key role in Manchester City’s stunning title-winning comeback against Villa.

Sterling wants to make the most of his career’s prime years, which are about to begin. The player who was widely regarded as the standout performer during England’s route to the European Championship final last summer must also take into account the World Cup in November.

There hasn’t been a falling out with City manager Pep Guardiola despite rumours of his departure.

Sterling acknowledges that his boss, who joined the team the summer after England forward did, has given him a lot of advice. His level of technical proficiency in the game has significantly increased.

Sterling has established himself as one of the most productive players in the country with 109 goals and 56 assists in 320 Premier League games.

With the exception of the many players who received their Premier League winners’ medals while playing for Manchester United under Sir Alex Ferguson, only former City teammates Fernandinho and Sergio Aguero, as well as ex-Chelsea captain John Terry, have more than four.

By any definition, Sterling’s time at City has been a success.

While Chelsea is eager to get Sterling back to his native London, Spanish teams have showed interest in the 27-year-old.

According to sources close to the player, Sterling, who has one year left on his contract, hasn’t had any serious conversations with anyone regarding his future and hasn’t decided which path to take.

Clubs interested in making a bid for Raheem Sterling

The two teams most frequently discussed in relation to Raheem Sterling are Real Madrid and Chelsea. It is difficult to envisage the Spanish champions letting the summer pass without making a replacement “galactico” signing in attack after missing out on Mbappe.

Would Sterling make that gap fill?

While that is debatable, he would fit in with a team that has Karim Benzema producing performances that belie his experience. On the other hand, Romelu Lukaku’s virtually probable departure will leave Chelsea with a void in the attack.

The England international was occasionally employed as a false nine by Guardiola, and Thomas Tuchel obviously favours a more flowing offence. Thus, Sterling would not be a like-for-like replacement for the Belgian, but could offer more speed the Blues gameplay.

On the face of it, though, both clubs offer the chance to compete for the biggest prizes. However, for Chelsea, there must remain a question mark until the new ownership determines its business plan and the type of transfer strategy it will use.

Although it is highly unlikely that it will require losing £1.5 billion like Roman Abramovich famously did. The alternative is to remain where he is, which raises one of two options. The first step is to try to come to an agreement with City. Due to the contract he signed in 2018.

Sterling is already paid very well, therefore the club’s readiness to negotiate will show how much Guardiola wants Sterling to stay. The other is to let his contract expire, which would make him one of the most sought-after free transfers of 2023.

Thus, because there won’t be a charge to compensate for the transfer, which will immediately raise his salary. One thing is for certain, whatever path he chooses, it will be big news and a career-defining moment in his footballing journey.