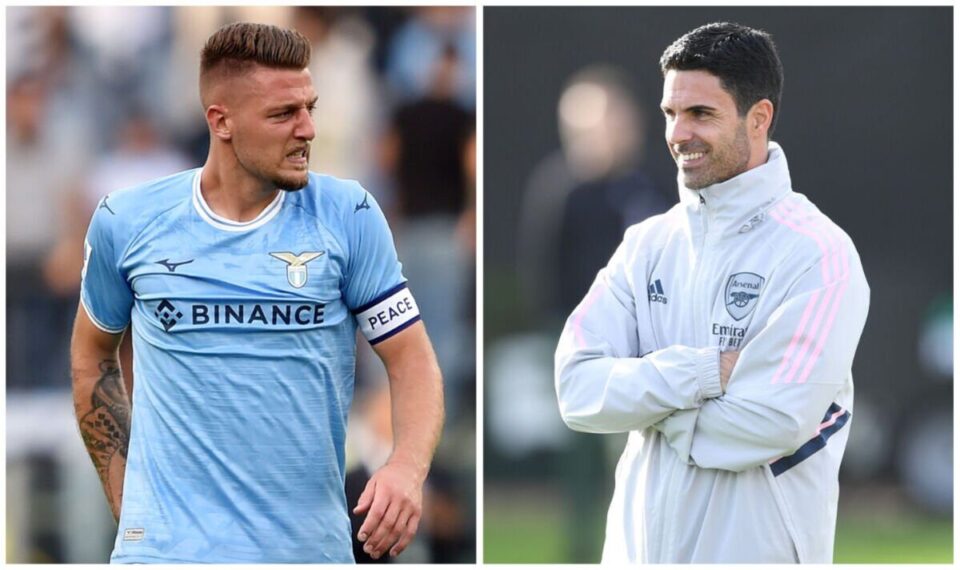 According to reports, Arsenal and Sergej Milinkovic-Savic’s agent have spoken about the midfielder’s potential transfer to the Emirates Stadium. Over the past few years, a number of clubs have reportedly expressed interest in signing the 27-year-old Serbian international from Lazio.

The clubs linked to Milinkovic-Savic include Manchester United, Chelsea, Real Madrid, and Barcelona. He is in the final 18 months of his contract with Lazio. Correire dello Sport claims that Arsenal have now spoken to the Serbian’s agent about a potential transfer to North London during this summer’s transfer window.

This season, Milinkovic-Savic has been in excellent form at the club level, making 22 appearances across all competitions and recording five goals and seven assists.

In three appearances for his nation in the 2022 World Cup, the attacker scored once, defeating Cameroon in the month of November.

Milinkovic-Savic relocated to Lazio from Genk in 2015, and since then, he has played 316 times for the White and Sky Blues, tallying 63 goals and 58 assists.

Sergej Milinkovic-Savic to Arsenal – A possibility?

Claudio Lotito, the president of Lazio, declared during the close of the previous season that he would not sell the Serbian player but rather offer him a new deal.

“I will not sell Milinkovic-Savic, I will offer him a renewal. I reiterate, he is now worth €120m (£105m), and every month that passes, the price goes up,”

However, because of the player’s contract predicament, Lazio are not in a strong position to demand a big sum.

Early in the year, Lotito claimed to have turned down a bid of around £120 million for Milinkovic-Savic, but the duration of his present contract has completely transformed the situation.

“I’d ask Sergej what he wants to do only in case we receive an important proposal from a world-class top club.”

This season, Arsenal is attempting to win the Premier League for the first time since 2004. The Gunners are presently in first place, five points ahead of second-place Manchester City.

Suryakumar Yadav is a once in a century player – Kapil Dev