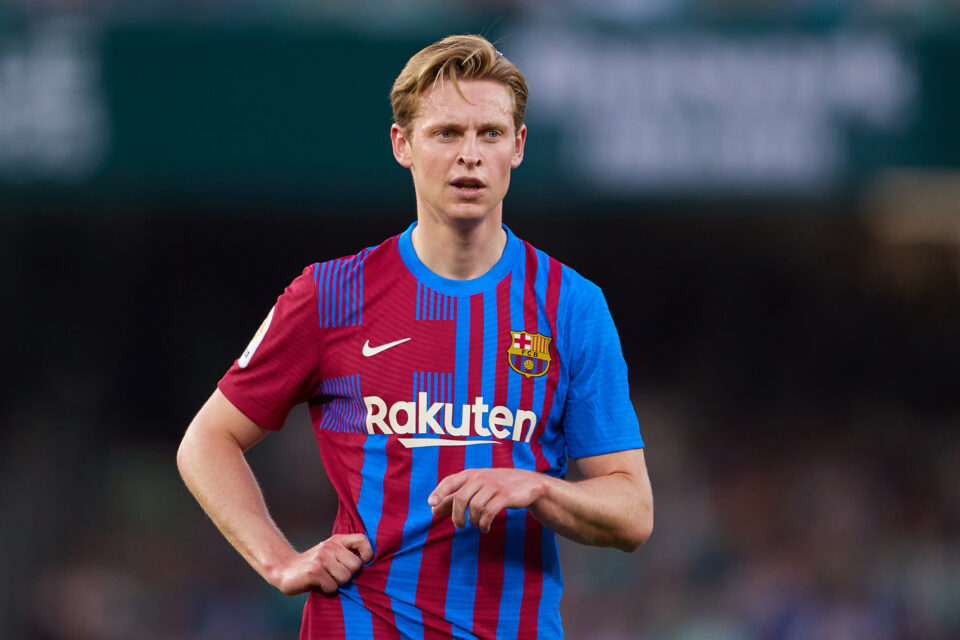 Although Manchester United and Barcelona have reached a £63.5 million agreement for Frenkie de Jong, there is still no assurance that the transfer will take place. Senior club representatives have been to Barcelona in an effort to expedite a deal for the Dutch midfielder.

According to a report, if Frenkie de Jong declines a transfer to Manchester United, Barcelona is prepared to leave him out of their team for their preseason trip. At Old Trafford, Erik ten Hag’s main goal is the Dutch international. However, there is still no assurance that a move will occur.

The Red Devils are keen to strengthen their midfield department. With the departure of some key figures like Paul Pogba, Jesse Lingard and more, United were seeking a move for the Dutchman. Moreover, de Jong had also previously worked under the new Man United boss Erik ten Hag which might turn out to be an added advantage for the former Ajax boss and the Old Trafford club.

They are now aware of the price tag for manager Erik ten Hag’s top target, which includes a larger upfront payment and an extra £8.5 million in add-ons. However, the 25-year-old and Barcelona are embroiled in a contract dispute.

Can Manchester United complete the Frenkie de Jong this summer?

The playmaker’s new four-year contract, which only went into effect on July 1st, featured deferred payments. Thus, it means that de Jong and Barcelona are at the centre of the legal dispute.

The fact that Barcelona has informed De Jong he must depart for financial reasons has been widely reported in Spain. De Jong is said to be reluctant to leave the Nou Camp without first reaching an agreement on his exit conditions, which would account for the postponed payments, as he is aware that Barcelona must honour his contract if he decides to stay at the Nou Camp.

Thus, a move to Old Trafford for the Dutchman seems unlikely at the moment, until the Spanish club and the midfielder reach to a mutual agreement.

In the event that De Jong declines to join, United has backup plans, but they are willing to wait until after the initial crisis has passed before making a decision.

The team is still undecided as to when Cristiano Ronaldo will resume preseason workouts.

His choices outside of Old Trafford have been constrained by the confirmation that Chelsea are no longer interested in signing the 37-year-old.

Powersportz is aware that the rumours about Ronaldo receiving a sizable offer from Saudi Arabia are true, but the star is thought to desire to continue competing at the greatest level.