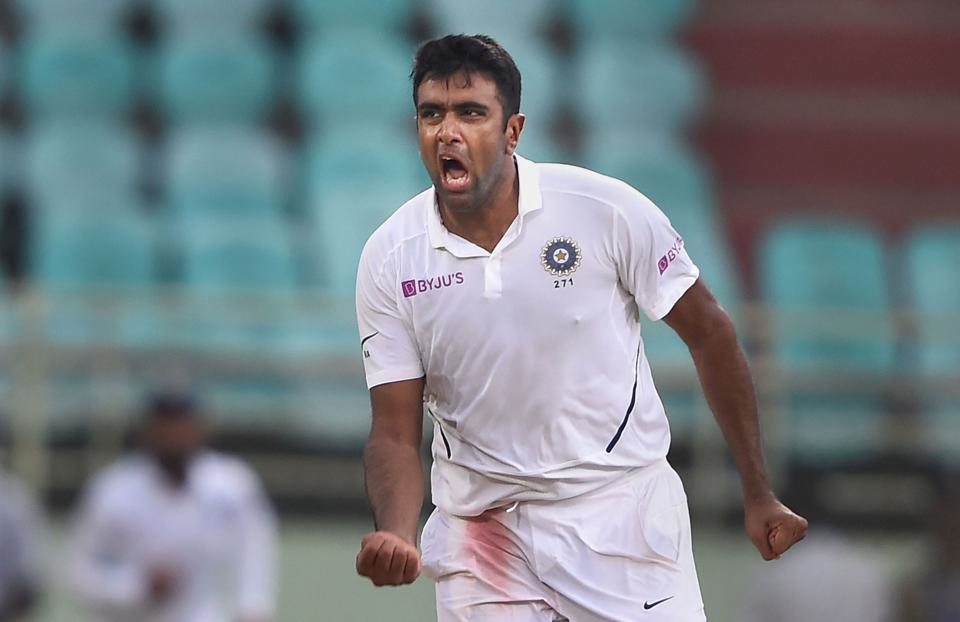 Playing his first international match in 2019, Ravichandran Ashwin is back into the reckoning with a great spell during the first Test against the Proteas in Vizag. Ashwin’s eight-wicket haul catapulted him to the top 10 in ICC Test bowlers.

Ashwin also notched the distinction of being the joint-fastest to 350 Test wickets along with Mutthiah Muralitharan. Some splendid bowling by Ashwin helped him move to 10th spot from 14 in the latest rankings.

The mammoth victory by India also saw Rohit Sharma hit two tons in his debut as an opener. Rohit also gained from his feat achieving his career-best Test ranking of 17. Rohit made several milestones as an opener such as hitting 13 sixes to become the only batsman to do so in a Test match.

Mayank Agarwal with his double century in the first innings was another highlight of the first Test.