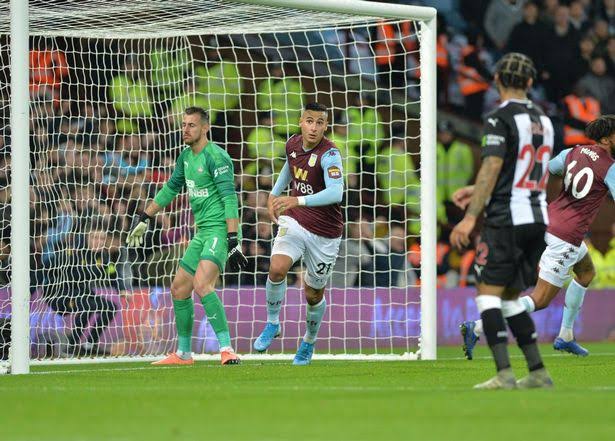 On his comeback from injury, Jack Grealish sparkled at Aston Villa as they drubbed New Castle 2-0 in Premier League on Monday. But, it was not a great way to return to his former club for New Castle manager Steve Bruce.

In a span of four minutes, Conor Hourihane and Anwar El Ghazi sealed the fate for New Castle and at the same time put an end to their losing streak. Aston Villa lost their previous three games on a trot.

Throughout the match, Villa looked more menacing than New Castle. The first goal was scored in the 32nd minute and four minutes later the second.