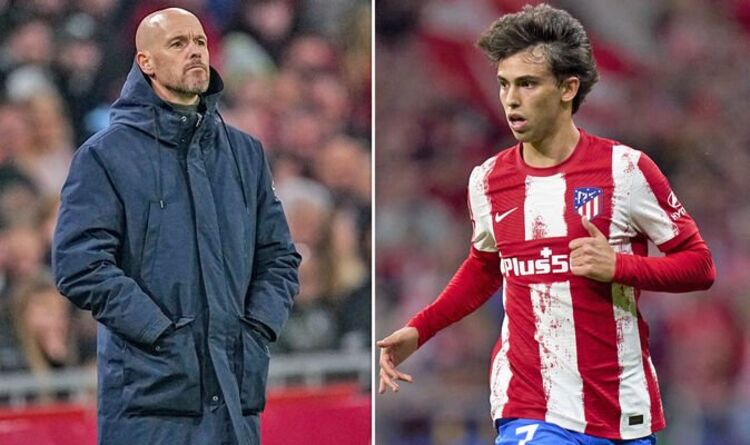 Despite the uncertainty surrounding Cristiano Ronaldo’s future, the Red Devils want to improve their attacking alternatives before the transfer season shuts. Felix has recently become a potential target, and according to one rumour, United representatives spoke with Atletico on Tuesday in the Spanish city.

Felix was the target of a €130 million (£110 million) offer from United, but Atletico immediately rejected it, according to the Spanish news site AS. The La Liga team has stated that they have no plans to offload the 22-year-old this summer And has cited the forward’s mouthwatering €350 million (£295.7 million) release clause as evidence.

The international player from Portugal is regarded as one of Atletico’s most crucial players by both his teammates and head coach Diego Simeone, the report continues. Later, Atletico posted a picture of the forward practise on Twitter with the caption “Priceless.”

In 112 appearances for Atletico in all competitions Felix has scored 29 goals and contributed 18 assists.

Since joining from Benfica for a club-record £114 million in the summer of 2019, Felix has been a crucial member for the club. However, the attacker, who was limited to just 13 La Liga games last season owing to injury, has yet to achieve the heights anticipated.

Felix, who scored the game-winning goal in Atletico’s 1-0 preseason victory over Man United last month, is eager to live up to his high asking price and is motivated to do better with Los Colchoneros.

Felix has no intentions to leave Atletico for Man United

Speaking to AS, Felix said:

“I’m happy, I’m working to help the team, give joy to the club and all the people of Atleti. The other years I always tried to be better. If this is my year, I don’t know. It depends, we don’t know about the future.

But what I can assure you is that I am doing my best to be at the best level so that I can help the team and the club.

I arrived here young, I’m still young but I’ve already grown a lot and I’m sure to grow more. And I’m fine. I’m happy. I have a calm head and when so, things go naturally and let’s hope things are good.

With [Antoine] Griezmann, with Alvaro [Morata], with [Matheus] Cunha, with Angel [Correa]. We all get along well and on the field, the team is doing great.”

Felix, who still has four years left on his Wanda Metropolitano deal, stood out in Atletico’s opening La Liga game of the new campaign, contributing three assists in their 3-0 away win over Getafe on Monday.