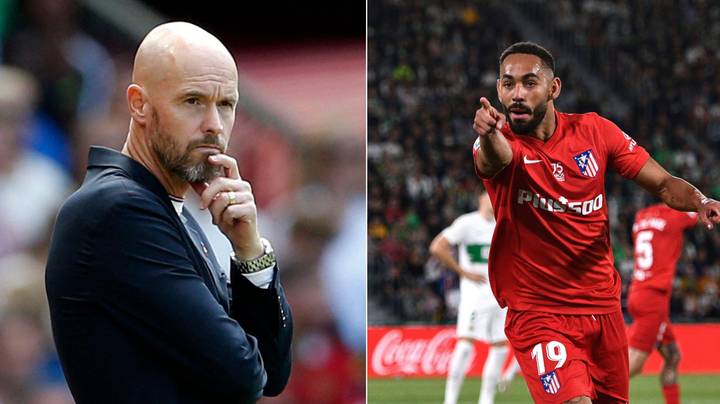 Ronaldo led the line against Brentford at the weekend while Anthony Martial was out with a hamstring injury, but he was helpless to save his team from suffering a humiliating 4-0 loss.

Erik ten Hag, the manager, is rumoured to have changed his mind about letting Ronaldo leave the team, which would make Man United look harder for offensive reinforcements.

Alexis Mac Allister of Brighton & Hove Albion scored an own goal for the Red Devils’ lone Premier League goal so far this season, but the 20-time English champions may be poised to bolster their forward options.

Cunha, a striker for Atletico Madrid who cost £42 million, is reportedly close to joining Man United, according to talkSPORT. The 23-year-old only recently signed with the reigning La Liga winners for the 2020–21 season.

According to the source, United made progress in talks with Diego Simeone’s team on Monday night and intends to sign the Brazilian international as soon as possible.

Between 2018 to 2020, Cunha temporarily played for RB Leipzig before moving on to Hertha Berlin. In the 2020–21 Bundesliga season, Cunha scored seven goals and provided five assists in 27 appearances, earning him a £23.4 million transfer to Atletico Madrid.

In 29 La Liga games during his first season at the Wanda Metropolitano, the South American scored six goals, provided six assists, and added another goal in the Copa del Rey.

But with Antoine Griezmann, Luis Suarez, Angel Correa, and Joao Felix also vying for spots in the Rojiblancos attack last season, Cunha only made eight starts in the top division.

Cunha’s brief appearance for Simeone’s winning team in that match, in which he spent just seven minutes off the bench, may have been his final for Atletico, where he is under contract through the summer of 2026.

Cunha’s acquisition might put a stop to United’s pursuit for star-studded attacking reinforcements because Atletico are unlikely to agree to Cunha and Morata’s departures in the same transfer window.

Mauro Icardi of Paris Saint-Germain and Pierre-Emerick Aubameyang of Barcelona are both still being linked with moves to Old Trafford, but Ten Hag is rumoured to have doubts about the signings of both forwards.

In addition, it has been reported that Man United has been offered the chance to recruit Espanyol attacker Raul de Tomas as they look to earn their first Premier League points of the 2022–23 campaign against Liverpool at home on Monday night.

While the Red Devil fans are furious with the way Man United have performed so far this season.