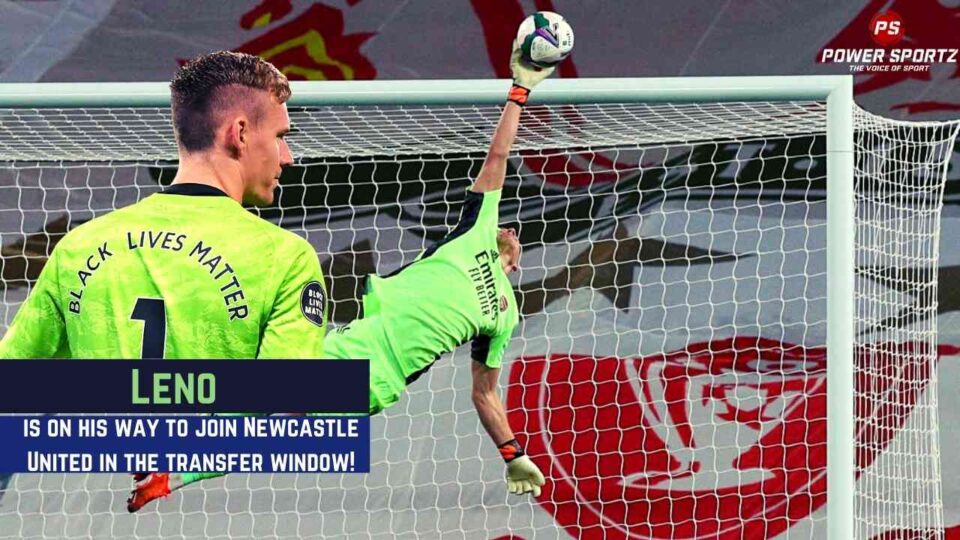 Leno has been replaced by Aaron Ramsdale as Arsenal’s first keeper; this is because the German goalkeeper was lacking with his ability to build from the back; which Aaron is able to provide to the side. Bernd has only been able to feature in three league games this season in which he conceded 9 goals. Despite having a contract until 2023 he has been pushing for a move away from Arsenal; to play more regular minutes and push to make his countries world cup squad. As of now, he is still training with the Gunners and has traveled with them to Dubai to take part in the training camp.

Despite being present in the camp, Leno could be on his way out of the London-based side; there are rumors which have heavily linked the 29-year-old to a move to Newcastle United. Currently, the player has an estimated market value of 16 million euros; it is expected that his club will be willing to accept an offer of around 15 million euros for the player. This deal is likely to finalised over the next few hours, if the keeper isn’t sold in this transfer window later he will leave the club over the summer.

Leno has been replaced at Arsenal!

The Gunners have close to signing Matt Turner from the USA; for a sum of around 7.5 million euros in the summer transfer window. Matt is expected to take over the role of being a backup keeper; for the Gunners and replace Bernd going forward. However as of now the 27-year-old with a value of around 3 million euros; will focus on finishing his season with New England in the MLS.

Even though many experts feel Arsenal is making a mistake by signing a player who is turning 28, the Gunners feel he is the right man for the balance of the squad going forward from the next season!