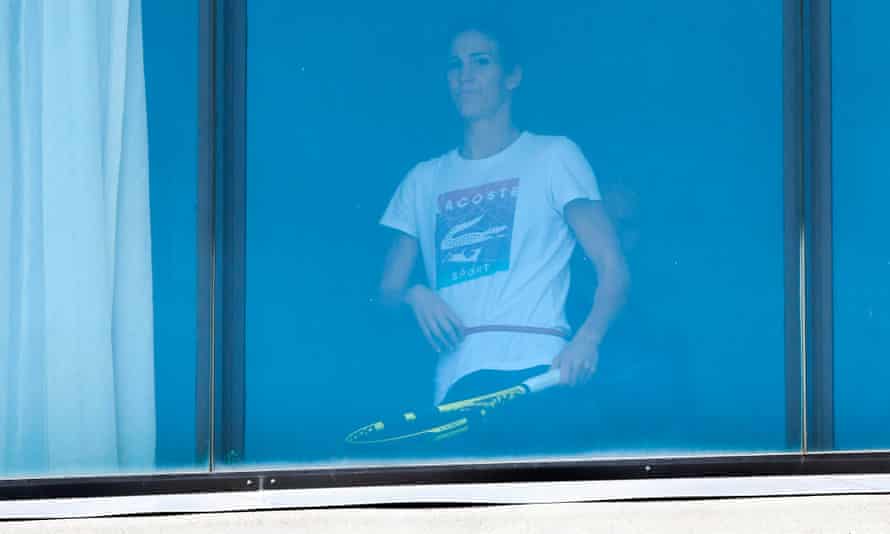 The organizers of the Australian Open have made it mandatory for the participants to undergo a strict two-week hotel quarantine ahead of the tournament. The decree came after four people onboard the chartered flights bound for the event tested positive for COVID-19.

The positive COVID-19 tests in the three flights would mean the 72 players will now have to confine in their hotel rooms for 14 days after coming in close contact with them.

However, it is a respite that none of the people who tested positive for coronavirus are players, confirmed Australian Open officials.

The Australian Open that begins on February 8 is just three weeks away, and hence, players are not happy at the quarantine rules. It leaves very less time to practice for the event. Most of the players raised concerns over not being able to train during the quarantine period as was originally planned.

“What I don’t understand is that, why no-one ever told us, if one person on board is positive the whole plane needs to be isolated… I would think twice before coming here,” Kazakh player Yulia Putintseva posted on her social media account.

Some players, including Belinda Bencic, have to resort to practicing in their hotels rooms. They have posted videos of themselves training in their hotel rooms. However, the Swiss star is also miffed at the unfair advantage a few would have after not being confined to hotel rooms for two weeks leading up to the tournament.

“We are not complaining to be in quarantine. We are complaining because of unequal practice/playing conditions before quite important tournaments,” Bencic said.

The athletes’ reactions were met with a stern blowback from Australians, saying they have endured a year of city-wide lockdowns and domestic border restrictions in order to curb Covid-19 rates. On Monday, Australia’s recorded locally acquired cases were zilch.

The players also complained about the pathetic food and facilities of hotels where they are currently lodged for quarantine.