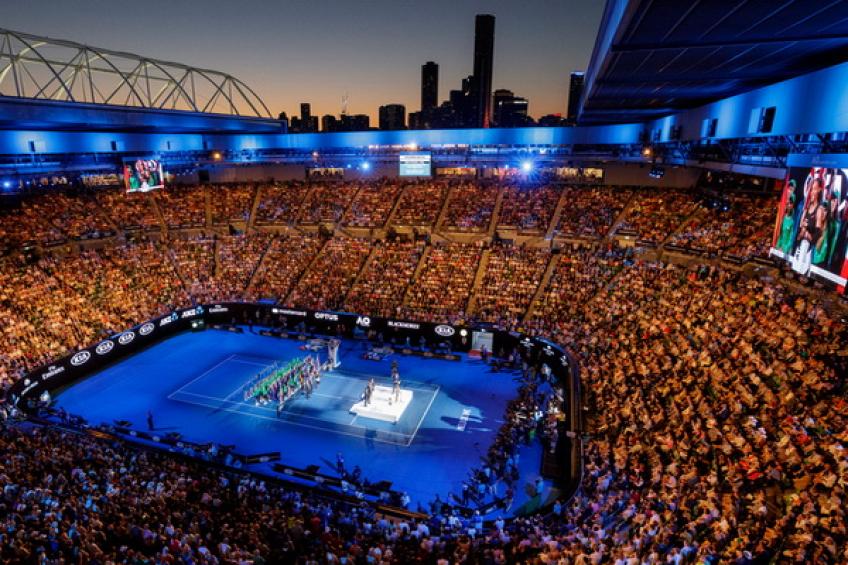 Amid concerns of safety and quarantine protocol, the 2021 Australian Open is reportedly set to begin from Feb. 8, a delay of three weeks from the original Melbourne Park start date.

Strict safety protocols have been designed for the first Grand Slam of the year. As per sources, Tennis Australia CEO Craig Tiley has sent an email to players, coaches and managers mentioning the strict conditions, including two weeks of quarantine.

The leaked emails of Tiley that have the details said authorities had agreed to special arrangements for players that would allow them to acclimatize in Melbourne for the year’s first grand slam.

“It’s taken a while, but the great news is it looks like we are going to be able to hold the AO on February 8,” Tiley said in an email.

“Players will have to quarantine for two weeks from 15 January, but the Victorian Government has agreed to special conditions for AO participants – agreeing that they need to be able to prepare for a grand slam.”

The players have to test negative for COVID-19 on the first day of isolation in order to get the permission to practice.

The players will then be tested another four times before the tournament starts.

After two weeks of quarantine the players will be free to move around the city.

On the other hand, Tennis Australia on Wednesday said the Victorian Government is yet to give its nod to the final plan.

Earlier in the day Victorian Premier Daniel Andrews mentioned he was committed to hosting the tournament but the situation in Melbourne was very different to the US Open in New York or French Open in Paris.

The details of quarantine arrangements for players are still being worked upon, Andrew said.

“Only the Australian Open is a tennis tournament in a city where it can likely be assumed that those players will bring the virus here,” Andrews said on Wednesday.

“Every other grand slam (is happening where) cases are running wild.

“So we are unique in that we’ve built something that no one else has built across the nation … and on that basis, we have to safeguard that, and I think we can.”

Tennis Australia is also considering a rework in the prize money distribution to increase the first round purse.