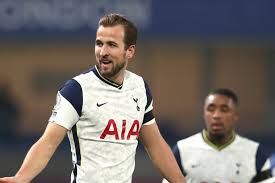 It is a concern for Tottenham Hotspur manager Jose Mourinho as Harry Kane is dealing with an injury ahead of the north London match against Arsenal.

Kane missed the training on Wednesday. Along with him, the Spurs skipper, Sergio Reguilon, Carlos Vinicius and Erik Lamela, were also not present during the training ahead of their Europa League clash at Linz ASK on Thursday.

Spurs are plagued by injury woes. Mourinho, during his pre-match press conference admitted that the quartet are injured. In fact, Lamela has missed their past five games with a calf injury.

However, Mourinho did not divulge the nature of Kane’s injury, but at the same time also said that there was a “good chance” the striker would return to face Arsenal.

The good thing is the return of Toby Alderweireld in training after being left out in recent matches against Ludogorets and Chelsea because of a muscle injury.

Meanwhile, Mourinho picked Eric Dier and Joe Rodon at centre-back for Sunday’s draw with Chelsea, and the Spurs boss gleefully admits to having options with Alderweireld in contention for Arsenal and Davinson Sanchez set to play on Thursday.

“He [Alderweireld] has a chance. Not for tomorrow, not even an option, but in this process of recovering he is doing very well and there’s a chance he plays [Sunday],” Mourinho said.