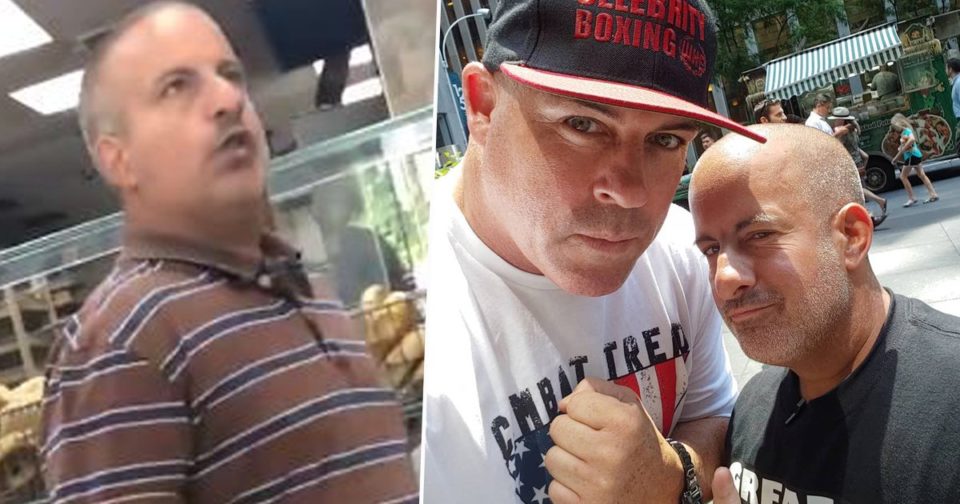 The guy who made headlines when he absolutely lost his mind inside a bagel shop in Long Island last week, now he’s channelling that anger into a pair of boxing gloves.

After a smile from the woman behind the counter, customer Chris Morgan flipped out and went on a wild tangent about being rejected by women because of his height.

His rant came to an end after he confronted a much larger man who swiftly took him down to the ground.

Ever since the footage circulated like lightning around social media, Morgan’s phone blew up “like the president” according to the man himself.

The man is now known as the ‘bagel guy’ is preparing to step into the boxing ring after signing up for a celebrity boxing match, which will take place against a fellow viral sensation on September 8 in Atlantic City.