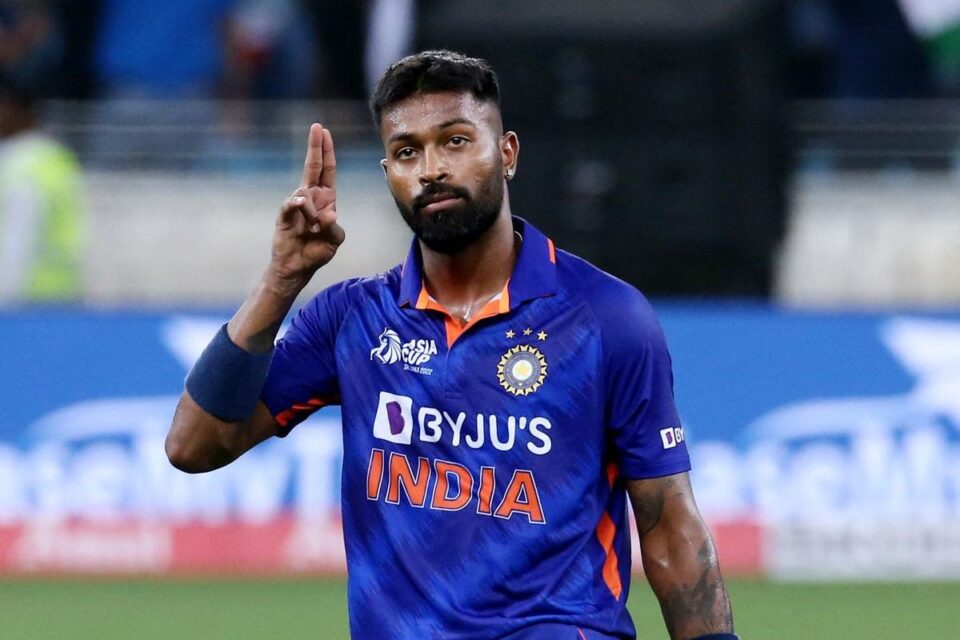 Hardik Pandya wants to play a key role for team India this year and eyes the glory to win the World Cup 2023. Starting on January 3, 2023, Team India will host Sri Lanka for three T20 Internationals and as many ODIs.

The first Twenty20 International between the two teams will be contested at Mumbai’s renowned Wankhede Stadium. As the team’s new captain for the 20-over matches, Hardik Pandya will want to keep the team’s perfect winning streak going.

Pandya disclosed that his New Year’s resolution is to win the ODI World Cup 2023 with the Men in Blue, which is slated to be held in India this year in the months of October and November.

The T20 World Cup 2022 saw India get to the semifinals, but after losing to England in the semifinal match, they were unable to advance to the finals. Pandya has his sights set on the coveted cup as the 50-over World Cup draws near.

New Year’s resolution is to win the World Cup: Pandya

Pandya spoke in a press conference prior to the first T20I and shared his goals for the coming year and the team’s objectives for the upcoming series. He said:

“One year back, things were quite different. It was my call to go out and get better and it has been a magical year for me. Obviously, we would have liked to win the T20 World Cup but that is part and parcel. It did not happen and that’s alright.”

Since the Challenger Trophy in 2013, India has not triumphed in an ICC competition. When they were eliminated from the T20 World Cup in November 2022, their losing run in important ICC tournaments continued.

The long-time member of India’s team, Hardik Pandya, stated that he wants to win a championship with the group.

“I don’t think there can be any bigger resolution than that. Our aim will be to win the World Cup and we will try to do that. We will go out there and give everything and things are looking bright,”

Pandya was a member of the Indian team that competed in the T20 World Cup in 2021, although he missed over five months of action due to a back ailment.

He made a comeback to cricket for the IPL 2022 and assumed a new position as Gujarat Titans captain.

He led the franchise to victory in their debut IPL game, demonstrating outstanding all-around development and leadership potential.

When given the chance, the 29-year-old has led India well and has won series against Ireland and New Zealand. Pandya went into great detail regarding his goals for the future, adding:

“I know the language of hard work. I don’t think I know any other language in my life. I’ve been thrown to the deep end and the only thing that has got me back is my hard work. Keep working hard and make sure I look after my body, which I do. Injuries are a part of the game and I can’t change that. I am very confident of what I’ve done and believe in the process that has brought me here. Going forward, I just want to give my body ample chances to be out there and play my best.”