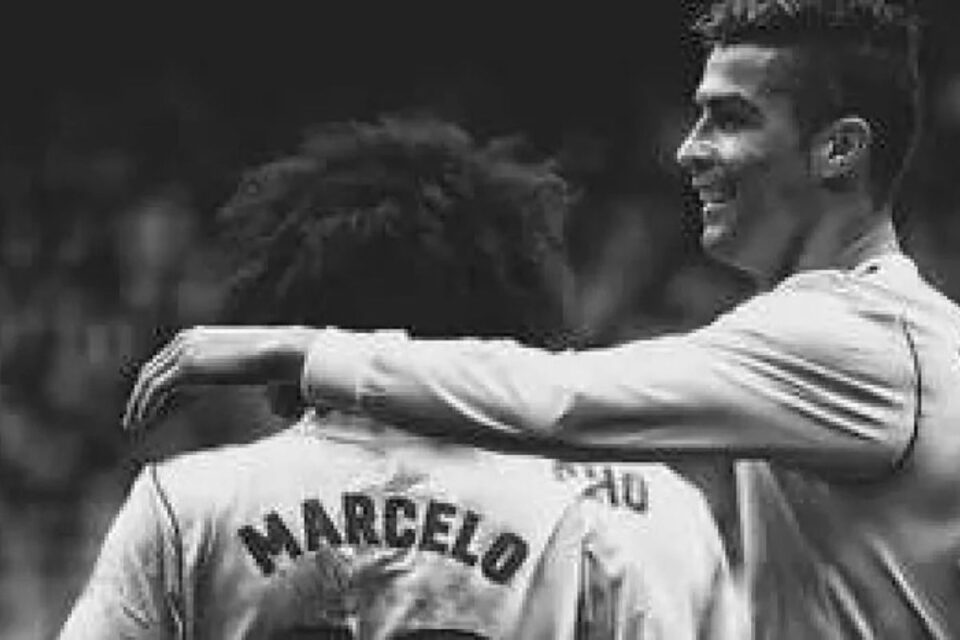 Marcelo got farewell messages from a number of generations of Real Madrid players, including Cristiano Ronaldo, after 16 seasons at the Santiago Bernabeu.

The Brazilin is now a Real Madrid legend who ended his spell with Real Madrid by lifting the most prestigious trophy across Europe i.e. Champions League as the Spanish giants defeated the English runner-ups Liverpool in the 2021-22 UCL final.

Marcelo, whenever you hear this name you will have a Real Madrid jersey to imagine in your brain and this exactly tells how the club and the Brazilian were made for each other.

During his time with the Los Blancos, Marcelo developed a special relationship with the current Man United forward Cristiano Ronaldo. In some of the club’s most successful years, the two were clinical down the left flank.

Thus, the current Manchester United ace wrote Marcelo an emotional note on his departure from Madrid.

The Brazilin departs after 16 seasons at the Santiago Bernabeu ending his long spell by lifting the most prestigious trophy across Europe.

“More than a teammate, a brother that football gave me,”

“On and off the pitch, one of the greatest stars with whom I had the pleasure of sharing a dressing room.”

Former teammates and captains also left tributes, with Marcelo wearing the armband for his final season at the club.

“You arrived as a child. How many times I shouted “Marcelooooo, come back!” Thank you for being such a legend”

His Brazilian teammates, including those who will lead the future generation and other current teammates, also had their thoughts.

“Marcelo! Thanks for everything! Legend as the player with the most titles at the best club in the world,”

“I can say that I have played with the best left-back of all time,”

Marcelo’s goodbye has been made all the more heartbreaking by words from Real Madrid legends.