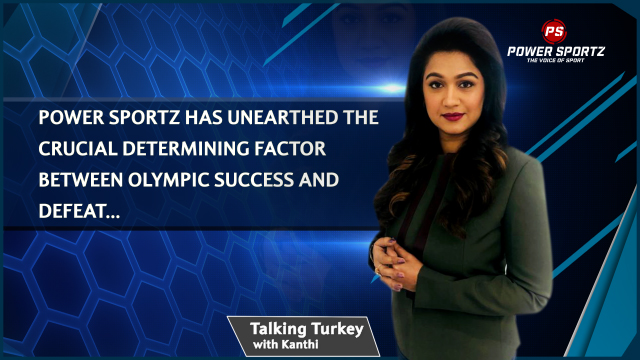 India’s perennial poor show at the Olympics is nothing new, although it is rather absurd that a nation of 1.3 billion does not even feature among countries making headway in the medals tally. Are the athletes to be blamed or the coaches, or the national sports federations in the country?

Talking Turkey with Kanthi makes a huge revelation on this, during the episode aired on 26 April 2019. Strangely enough, India’s lackluster show in the Olympics is due to the people responsible for ticketing, travel & tour operations of the entourage, said show host and Editor-in-chief of Power Sportz Kanthi D Suresh.

To know more about what else Kanthi revealed during the show log on to the following link: https://www.powersportz.tv/talking-turkey/talking-turkey-with-kanthi/reason-behind-olympic-failure-unearthed-5200