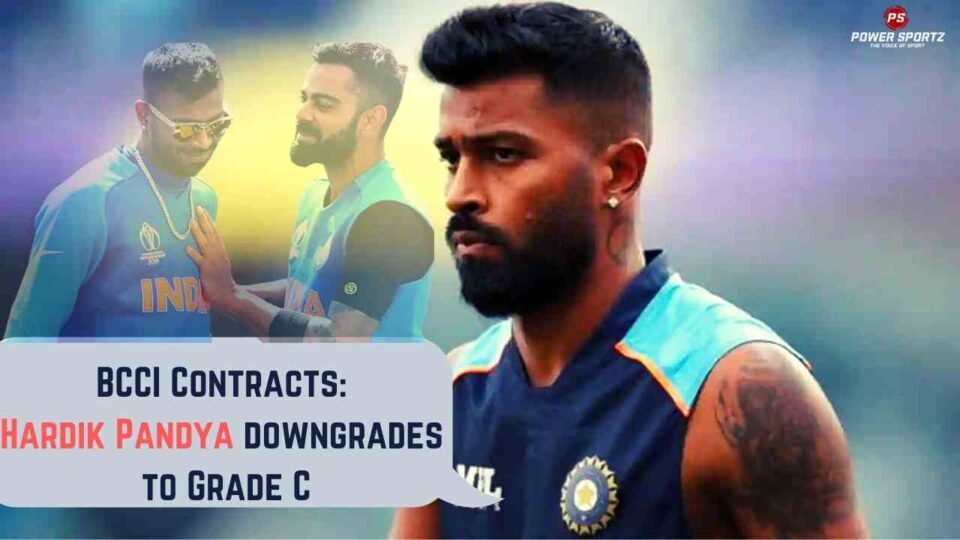 The Indian all-rounder, who once used to be India’s most valuable player has now been demoted to Grade C from A, in terms of the Central Contracts BCCI offered to Indian players for the upcoming 2021-22 campaign.

There will be a total of 27 players who will be receiving contracts for the new season. Meanwhile, apart from Pandya, there was one more player who suffered a similar downgrading. The Indian opener Shikhar Dhawan is also moved from Grade A to C.

According to individuals with knowledge of the situation, Dhawan’s C grade is due to the fact that he only plays one format i.e. ODIs. However, no reason was given for Ravindra Jadeja and Rishabh Pant, who remain on the A list.

The duo is automatic selections for all three formats. Moreover, they have a track record of winning matches. However, they will not be promoted this time, and they will share a Rs 5 crore annual retainership with three other players. Namely, KL Rahul, Ravichandran Ashwin, and Mohammad Shami.

In fact, Jadeja was even the topic of a discussion in his second grade, with many viewers believing he ought to be in the A+ category. This year, though, it is not to be. The unchanging trio of Virat Kohli, Rohit Sharma, and Jasprit Bumrah lead the list. With all three maintaining their A+ status, that ensures each a Rs 7 crore annual contract.

Meanwhile, one of the surprise promotions came in the name of Axar Patel, who landed in Grade B.

Apart from this, Ishant Sharma and Wriddhiman Saha’s futures have recently been the subject of heated debate, but both have been offered contracts, although in separate grades. The Bengal wicketkeeper, who was closely engaged in an off-field issue, has been relegated to Grade C, while the Delhi pacer has been placed in the B grade.