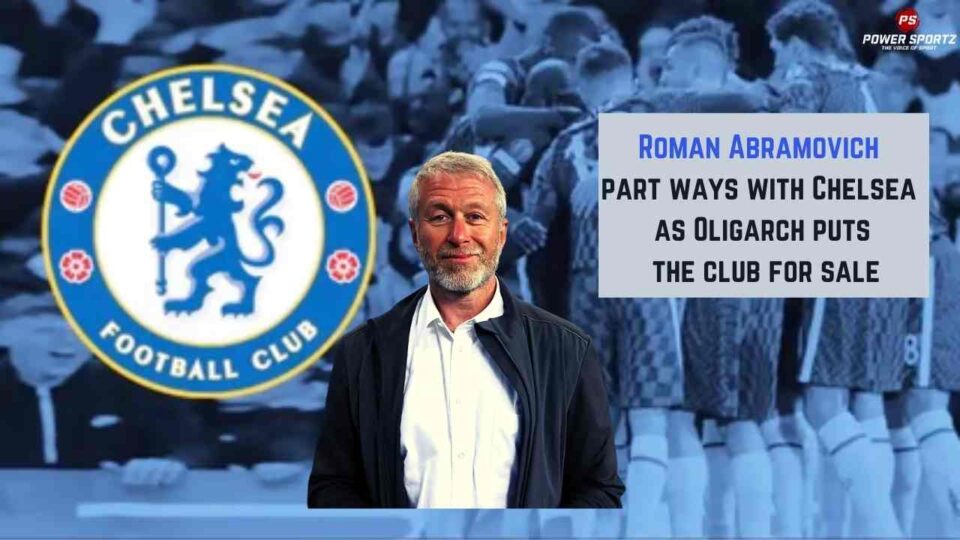 The Russian born London club owner Roman Abramovich has surprisingly declared to sell the Chelsea Football club as he wishes to divert his path away from England.

Just after 6 p.m., Russian billionaire Roman Abramovich broke his silence to reveal that he is in the process of selling Chelsea FC, with the revenues going to victims of the Ukraine war. Moreover, the build-up was interestingly astonishing as a few days before Abramovich just offered for stewardship. While he still wanted to remain the owner of the club.

However, it now looks like the 55-year-old just want to get away from all the geopolitical issues. Thus, Roman Abramovich has shockingly acknowledged that Chelsea is for sale. While the Russian businessman apparently demanding £3 billion for the London club and agreeing to write off the £1.5 billion debt he owes them.

In a statement released by Abramovich, the Russian man said

“I would like to address the speculation in media over the past few days in relation to my ownership of Chelsea FC.

“As I have stated before, I have always taken decisions with the Club’s best interest at heart. In the current situation, I have therefore taken the decision to sell the Club, as I believe this is in the best interest of the Club, the fans, the employees, as well as the Club’s sponsors and partners”

Abramovich also mentioned that he will not seek repayment for the £1.5 billion in loans. Which he has given the club over the course of 19 years of putting it as a funding to help it become one of Europe’s most successful.

“The sale of the Club will not be fast-tracked but will follow due process. I will not be asking for any loans to be repaid”

Who can replace Roman Abramovich at Chelsea football club?

While Roman decided to part his ways he also clarifies that it was never a Business for him. He says

“This has never been about business nor money for me, but about pure passion for the game and Club. Moreover, I have instructed my team to set up a charitable foundation where all net proceeds from the sale will be donated”

Meanwhile, it is also being said that the British government was under pressure to force Roam to take such actions.

Earlier, it was alleged that the Russian billionaire had started a ‘fire sale’ of his huge London portfolio. As he tries to offload Chelsea for £3 billion and £200 million in residences. Moreover, an MP alleging the Russian tycoon is rushing rapidly to avoid his assets being blocked.

The Russian is believed to be targeting American purchasers as investment from China. The Far East and Eastern Europe has dried up for obvious political reasons. However, there are serious concerns that any potential buyer will be able to reach his lofty price.

While the sale is being overseen by American bank Raine Group. Which has given prospective purchasers until Friday. Moreover, they are looking to submit ‘indicative bids,’ according to the New York Times, implying that Abramovich wants to close the deal quickly.

Chelsea was first represented by Raine Group in 2018, after talks with US private equity firm Silverlake and British billionaire Jim Ratcliffe fell down.

Thus, now it remains to be seen who turns out to be the new owner for Chelsea football club. While the Blues fans will be hoping that someone like the Russian becomes in charge. As his decisions majorly acted as a success for the club.