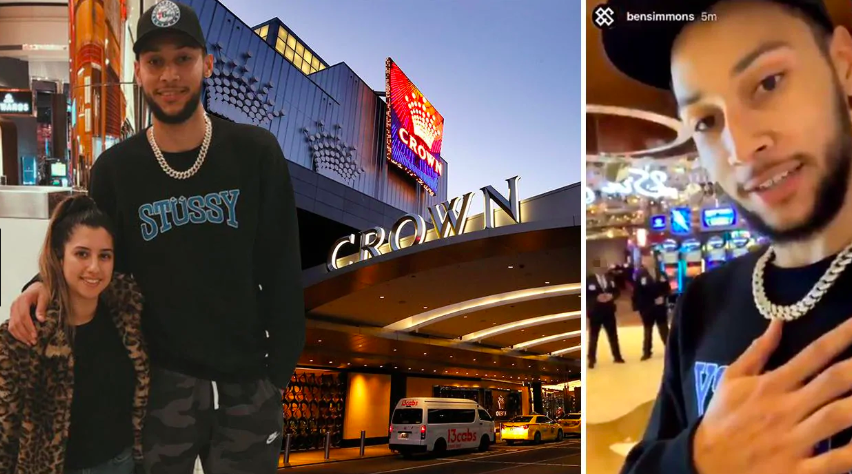 Aussie NBA star Ben Simmons is in Melbourne for over a week now, he is there for attending basketball camps, Boomers training and the Essendon-Port Adelaide game on the weekend.

During his visit to Melbourne’s Crown Casino, it is claimed that Simmons was ‘strenuously rejected’ from entering the casino because of his skin color. Simmons took to Instagram and posted a video about the whole event there.

“I find it so crazy that the only guy who doesn’t get checked to go into the casino is this guy,” Simmons said in the video, before he turned the camera on a white person. (Simmons later deleted the video)

Further he said, “I get checked, Mike gets checked and Tys gets checked. Thank you Crown Casino, damn, and they didn’t let me in, or him or this guy. Wow, we got a long way to go.”

However, Crown Casino’s spokeswoman rejected Simmons’ side of the story and said, “Crown strenuously rejects reports that it discriminated against a group of visitors last night.”

Further she said, “Simmons and his friends were asked for identification because they looked young.”