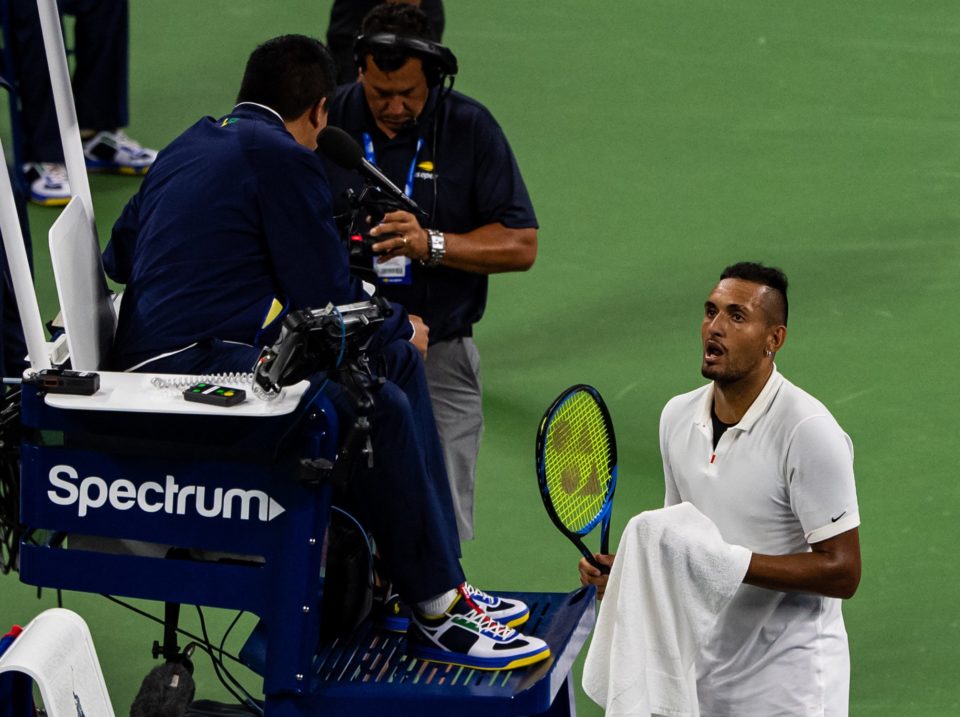 The enfant terrible of the tennis world, Nick Kyrgios is at it again. Considering his tantrums he throws on the court during matches, the ATP fined him over $100,000 this month. On asked whether the fine has impacted him coming into the US Open, Kyrgios replied “Not at all. ATP’s pretty corrupt, anyway, so I’m not fussed about it at all.”

Earlier in this month, Kyrgios smashed two rackets, insulted a chair umpire during a second-round match he lost at the Western & Southern Open. Kyrgios beat Steve Johnson in straight sets at Flushing Meadows on Wednesday.

On asked by the media to his ‘corrupt’ comment after the match, he said, “Why are we talking about something that happened three weeks ago, when I just chopped up someone [in the] first round of US Open?”