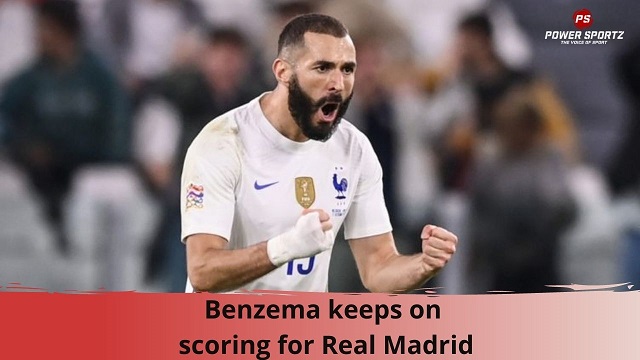 Benzema joined Real Madrid from Lyon for 35 million euros in 2009. Over the last few seasons he has helped his side win 3 La Liga and 4 Champions League titles. Moreover, the 33 year-old striker has won the French footballer of the year award in 2011, 2012 and 2014. Real Madrid have appointed the Frenchman to be the captain of the side this season. The club was previously captained by Sergio Ramos who joined PSG over the summer transfer window.

The Spanish giants are currently coming first in the Spanish league; the club has recored one defeat in the eight games they have played this season. This is because the ‘Los Blancos’ have been lethal in front of the goal. Real Madrid have terrorised the oppositions defence this season and have managed to scored 22 league goal in eight matches. Benzema has been able to be involved in 16 of these goals. In the UCL the striker has scored a goal in the two matches his club has played this season. The leading goal scorer is hopeful to extend his good form and bring the La Liga title to the Bernabeu this season.

Benzema has been consistent with his performances.

Despite been 33 years-old Benzema hasn’t had a dip in his performances. He has managed to score over 30 league goals in each of the last three season. In addition to scoring goals on a consistent basis the Frenchman has adapted his game and has started enabling his teammates to provide them with goals in a more effective manner.