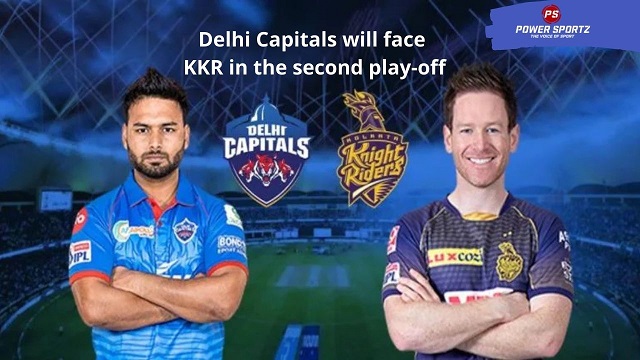 Delhi Capitals will face Kolkata Knight Riders in a play-off game on the 13th of October; The venue of this game will be the Saharjan Cricket Stadium in UAE. Both the teams will be yearning to win this match and enter the finals of this years IPL. The winning team will get to play CSK in the finals on the 15th of October.

KKR won the eliminator by defeated RCB by four wickets with two balls to spare. Kolkata will have tough time dealing with the Capitals bowling unit. Therefore, they will have to bat exceptionally well and form substantial partnerships throughout their innings. Morgan will have to come up with a plan to counter Avesh Khan, Nortje and Rabada fast bowling in the power-play. The Indian bating contingent of KKR which consisting of Shubman Gill, Venketesh Iyer, Tripathi and Rana will need to stabilise the innings. In addition to these batsman Sunil Narine will need to extend his form from the last game and provide wickets in an efficient manner so as to defeat the Capitals with ease. KKRs budding superstar Subhman Gill feels that his side has a slight advantage over Delhi as his team are more accustomed to the ground they are playing in.

Delhi Capitals will be hopeful to enter this years finals

Rishab Pant’s side will be hoping to reach the finals of the IPL for the second consecutive season. DC will need improve their batting in the middle order if they hope to defeat KKR. Players such as Shikar Dhawan, Prithvi Shaw and Shreyas Iyer need to add runs on the board in order to win this game. If these players are able to provide sufficient runs for their team KKR will find it hard to defeat them. However, if these batsman aren’t able to withstand Furguson and Mavi’s bowling attack the KKR could win the game. This match is inclined to be a low-scoring game; To win this game the teams should target to score around 150 runs.

This is bound to be an incredible matchup and is expected to be a tight affair. Who do you think will win this match and play CSK in the final of this years IPL?