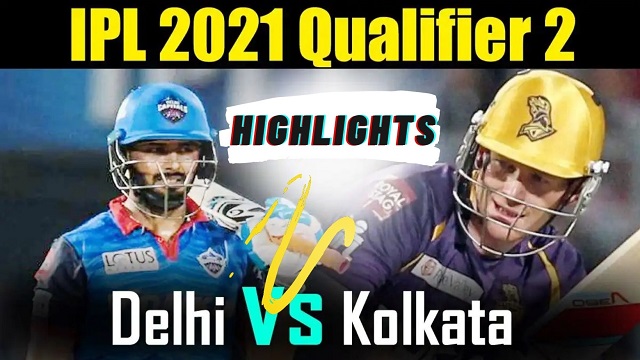 KKR beat Delhi Capitals by a margin of 3 wickets in the second playoff of this years IPL. The Knight Riders won the toss and elected to bowl first; Eion Morgan’s bowlers were exceptional and restricted Delhi to a total of 135 runs. Lockie Furgerson and Varun Chakarvarthy took two wickets each and had an economy rate of 6.50; These wickets restricted Delhi from forming any formidable partnerships and resulted in their side loosing control of the game.

In addition to KKR terrific bowling effort the team were phenomenal while bating. Shubman Gill and Venkatesh Iyer established a partnership of 96 runs and set their team in a comfortable position to chase down the target of 135 runs. However, Kolkata’s middle order collapsed towards the end of the innings; Avesh Khan, Nortje and Rabada took three wickets and conceded 7 runs. Despite the extraordinary comeback by Delhi weren’t able to win the match. Thripathi hit a six in the second last ball of match to secure the win for KKR.

KKR will play CSK in the finals of this years IPL.

Kolkata Knight Riders will face Chennai Super Kings in the final of this years IPL; The match will commence at 7:30 pm IST. The last time two times the teams has faced each other this season CSK have been victorious and will be hopeful to extend their winning ways. KKR enter this game after winning their last four games and will be full of confidence. The last time KKR won the title was in 2014 and will be determined to take the trophy back to Kolkata. CSK will be hopeful to win this title for MS Dhoni as he is playing in one of his last few seasons of the IPL.

Do you think Kolkata Knight Riders will be able to win this seasons IPL?