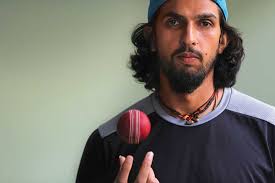 Ishant Sharma, who turned 31 on September 02, has achieved a new milestone. After registering his maiden half-century during the second Test against West Indies in Jamaica, Ishant Sharma surpassed Kapil Dev to become the most successful pacer outside India. Taking the wicket of Jahmar Hamilton for 5, he claimed his 156th wicket outside Asia.

Kapil Dev took 155 wickets from his 45 Tests outside India. Next most successful pacer after Ishant and Kapil is Zaheer Khan who has 147 wickets from 38 Tests.

At the top is spinner Anil Kumble with 200 wickets outside Asia from 50 matches. It is still a long and arduous journey before Ishant catches up with legend Anil Kumble in terms of wickets.