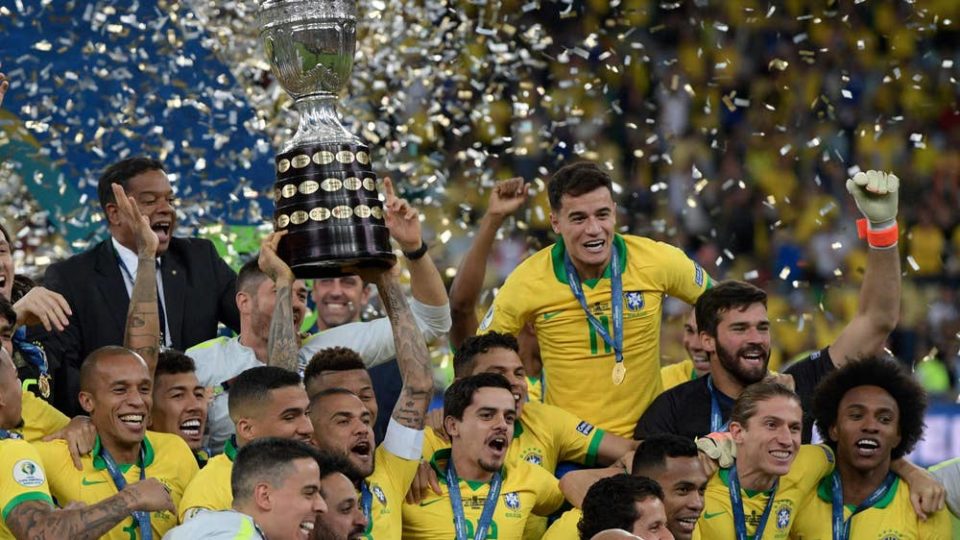 Neymar-less Brazil trounced Peru 3-1 in the final, winning their eighth Copa America title. The hottest property of Brazilian football, Everton Soares opened the score sheet for the five-time World champions in the 15th minute. However, just one minute before the end of the first half, the star of Peru, Paolo Guerrero scored the equalizer.

The home side took the equalizer seriously and scored their second with the help of Gabriel Jesus before the end of the first half. The Manchester City striker, who looked the modern-day Brazilian bread, Gabriel Jesus turned from hero to villain as the 22-year-old was sent off in the 70th minute.

Brazil played the last 20 minutes with 10 men. The tension was palpable for the home side but the best player in Everton jersey Richardson converted a smooth penalty in the end and sealed the match completely.

For sure, Neymar must be feeling nothing short than a bull in the China shop. Even without their star player, Brazil managed to set the base for the 2022 Qatar as winning something prestigious without the PSG star, who doesn’t know the best for his future, was too important for the greatest ever nation in the history of football.