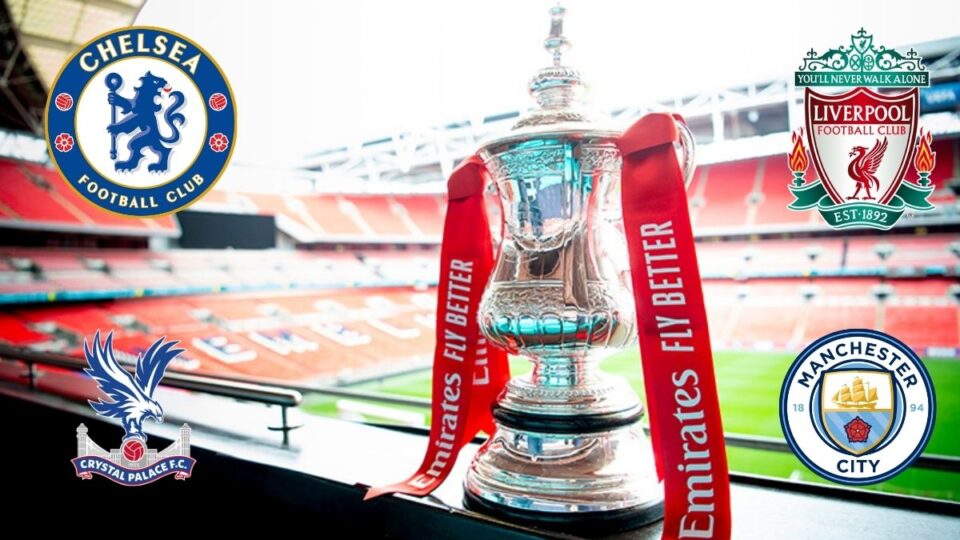 FA Cup semifinals are on the cards after Manchester City, Liverpool, Chelsea, and Crystal Palace thrashed their quarterfinal opponents.

Manchester City defeated Southampton by 4-1 to earn a spot in the semis. Raheem Sterling gave the Sky Blues an early lead which was cancelled out via an own goal Laport at the brink of halftime. However, the Citizens looked dominating and thus they eventually find their deserved lead by De Bruyne’s spot-kick. While Phil Foden & Riyad Mahrez put City in the driving seat to reach the semifinals.

Meanwhile, Chelsea defeated the Championship side Middlesbrough by 2-0. The Blues were the first team to make it to Wembley thanks to goals from Romelu Lukaku and Hakim Ziyech.

Liverpool & Nottm Forest were engaged in an intense battle as the Championship side made it difficult for the Reds, who couldn’t break the deadlock until Diogo Jota finally found the back of the net at the 78th-minute mark.

Meanwhile, Frank Lampard’s side were hoping to redeem themselves from a poor run in the Premier League. However, Crystal Palace had different [plans, who thrashed Everton by 4 goals to reach the semifinals.

The FA Cup semifinals are going to take place on the 16th & 17th of April 2022. Liverpool will face Manchester City while Chelsea battles it out with Crystal Palace to set the match card for the finals at Wembley.

After winning the Carabao Cup successfully, the Reds are currently on a road to chase quadruple this year.

“From a Liverpool perspective these are all massive games and we try to play them one at a time and not all together.”

Thus, Liverpool, Manchester City and Chelsea are all favourites to win the cup. Meanwhile, Crystal Palace will have to go against the odds and will go ahead in the competition as the underdogs.

Liverpool will look for their 8th title. While Chelsea have already won 8 & Man City will hunt for their 7th FA Cup trophy. Meanwhile, Palace will have to be too optimistic to believe they can get their first FA title.

Cristiano Ronaldo ‘to return to Europe before retiring’