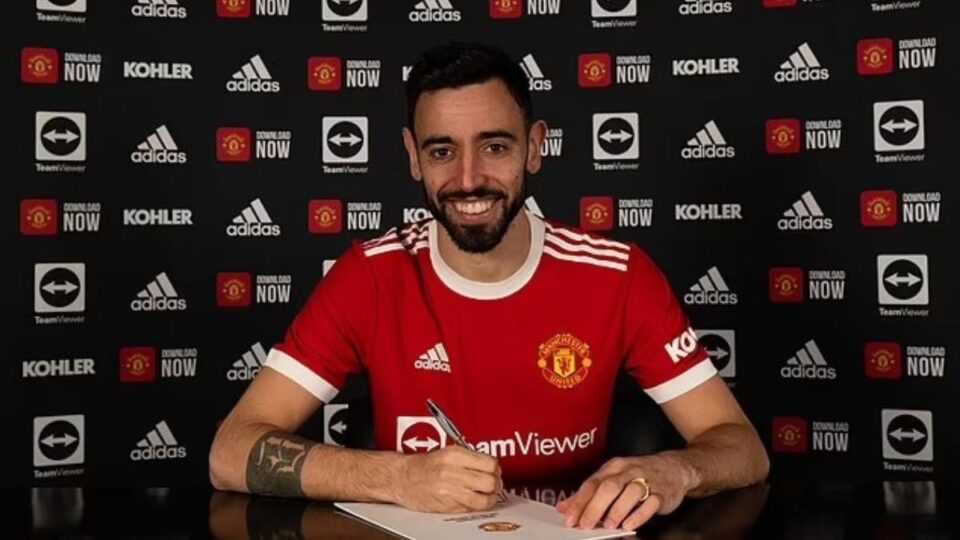 Bruno Fernandes has agreed to a new four-year contract with Manchester United, with the possibility of a one-year extension.

Fernandes originally signed a five-and-a-half-year contract with the option of a 12-month extension when he joined from Sporting Lisbon in January 2020, but he has now extended his stay until June 2026.

On signing a new deal, Bruno Fernandes expressed himself on the club’s official website. The Manchester United midfielder said

“From the moment that I joined Manchester United, I have had a special relationship with the club and our amazing fans. I grew up watching this team, dreaming of getting the chance to play here one day.”

“That dream is now a reality and an honour.”

“Even after two years, it still feels amazing to step out at Old Trafford, to hear the fans sing my song and to score in front of the Stretford End. It is a true privilege to wear this shirt and to fight for our incredible club.”

“There is so much more that I want to achieve here, and I know that is the same for the rest of the squad and staff. More than anything, we want to give the fans the success that they deserve.”

at the end he also hinted on his best performance is yet to come during his extend stay. He said

“We have shared some great moments over the last years, but the best is yet to come from myself and this team.”

During his first 18 months at Old Trafford, Fernandes was the club’s standout player. He has also won the Sir Matt Busby Player of the Year award twice.

Since joining United from Sporting, Fernandes has made 117 appearances for the club, scoring 49 goals in all competitions.

Recently, he also helped Portugal to secure a place in the 2022 World cup finals by scoring 2 crucial goals in the play-offs final.

Fernandes will begin his new era at Manchester United, who faces Leicester City when the Premier League returns tomorrow.