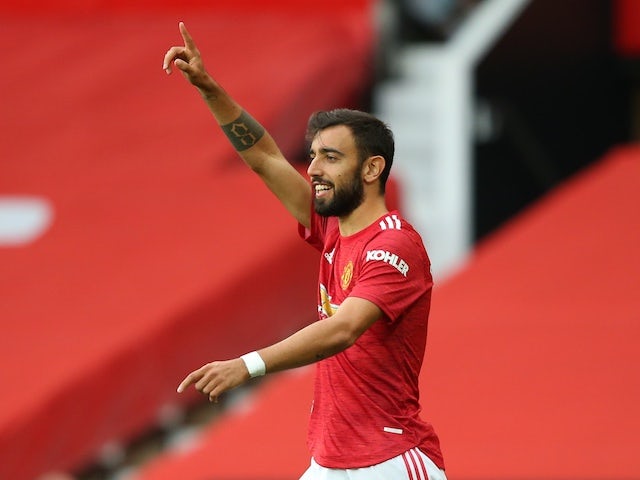 Bruno Fernandes has hit out at rumours that he argued with Manchester United manager Ole Gunnar Solskjaer during the Premier League loss to Tottenham. The Red Devils star player scoffed at the news of his dispute with Solskjaer and said that “Don’t use my name to create trouble at Man United”.

Fernandes was reportedly very angry at half-time of the clash earlier this month when the midfielder was substituted at the break with Man United trailing 4-1 before they were humiliated 6-1 at Old Trafford.

Fernandes, who is a Portugal international had opened the scoring from the penalty spot, but reports have it that he had a showdown with Solskjaer at half-time.

But, Fernandes slammed those claims after Portugal’s 3-0 Nations League emphatic victory over Sweden on Wednesday.

He said that although it is true he was replaced at half-time, it was a technical option. “The coach told me that the game was almost over and that we would have a lot of games ahead of us. Got it. I was not satisfied but said nothing that could harm the group.”

He has asked all trouble mongers to stay off and not create a rift within the team and coach by propagating such false news.