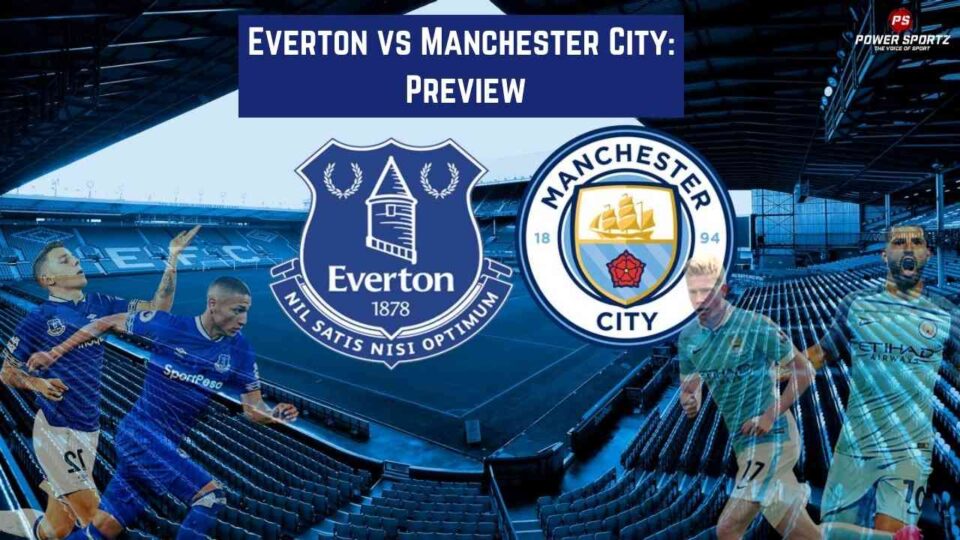 Everton will lock horns with Manchester City as they welcome the Champions to Goodison Park on Saturday for a Premier League clash.

Both teams will look to bounce back from their defeat in previous fixtures for contrasting reasons. On one hand, Pep Guardiola’s City will look to maintain their 3 points lead at the apex of the table. Meanwhile, on the other hand, Frank Lampard’s side would look to get out of the bottom 5 and stay away from the relegation battle.

Everton have won in just 1 of their 17 Premier League fixtures against Man City. Before losing each of their last 8 in a row, The Toffees last won against the Sky Blues way back in January 2017 (4-0). Moreover, only against Portsmouth (13) & Manchester United (9) have Everton lost more consecutive games.

Meanwhile, the Citizens have won each of their previous 4 away Premier League matches against Everton, as many as they had won in their first 20 visits to The Toffee’s home turf (W4, D5, L11).

The Merseyside club have now lost 13 PL games so far this season which is equal to the total no. of games that they lost in their previous season.

On the other hand, Pep’s City are unbeaten in their last 12 away fixtures in the Premier League. While the last away fixture they lost was against the same side they lost their previous fixture (Tottenham) i.e. on the first day of the Pl season.

However, if Goodison roars as they do, Frank’s side are capable enough to turn out an upset.

The Toffees winger Demarai Gray remains to be doubtful for this game due to a hip injury that occurred against Newcastle during the start of this month.

On the other hand, Jack Grealish, Gabriel Jesus and Cole Palmer might miss out for Man City concerning their respective injuries.

Apart from that, the Champions have no other players missing out.