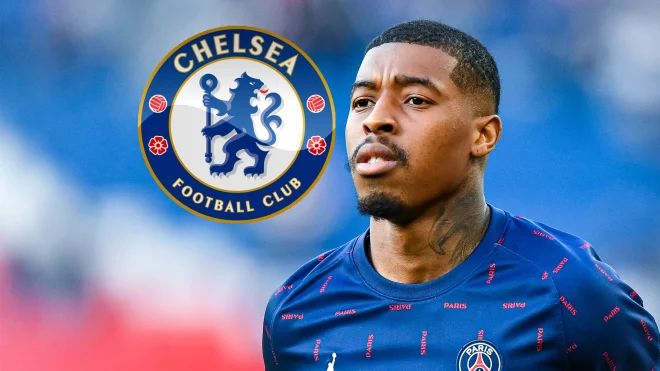 The agent of Presnel Kimpembe has reportedly received a formal £40 million offer from Chelsea for the Paris Saint-Germain defender. The Blues announced over the weekend that they have signed Kalidou Koulibaly, a centre back for Napoli, to a long-term deal.

Premier League is all set to begin in a couple of weeks and clubs are all set line-up with an improved roster. While the London club is looking to strengthen their backline.

Chelsea are looking to build a team with solid defence and compete with the likes of Liverpool and Manchester City, who have ruled the league for the past 6 years.

And in order to do so the Blues have stated exploring options in the transfer market and have found of the Frenchman to be a perfect fit for their squad.

To replace players like Andreas Christensen and Antonio Rudiger, head coach Tuchel has openly revealed that he will prioritise more defensive acquisitions. Before it became evident that the Dutchman would stay at the Etihad Stadium, Nathan Ake of Manchester City appeared to be Tuchel’s top choice.

The West Londoners currently appear to be debating whether to make persistent offers to sign either Jules Kounde of Sevilla or Kimpembe. The Daily Mail claims that Chelsea has already made a £40 million offer for Kimpembe’s services.

Is Presnel Kimpembe on his way to Chelsea?

In remarks made last week, the new head coach of PSG, Christophe Galtier, stated that he was unaware of the France international’s plans to play at Parc des Princes.

“I’ve read everything that has been said about Kimpembe.”

“We even laughed about it together! I like him – he’s a great centre-back but what will happen, I don’t know.”

According to additional sources, the 26-year-old will be free to choose his own path, and PSG is open to a sale at the right price. Thus, the Blues might be closing on to adding another defender to their ranks this summer.

According to the report, the Ligue 1 champions are willing to pay somewhat more than Chelsea’s asking price of £42 million to trade Kimpembe.

Although Kimpembe only has two years left on his contract, it has been speculated in the past that his love of Paris may cause him to be drawn to the city of his country.

Kimpembe has played with PSG his whole professional career, appearing in 221 games for the team overall.

According to the report, Chelsea and Sevilla are once again in discussion over the possibility of signing Jules Kounde, whose contract has a £69 million release clause.

Chelsea hasn’t indicated an inclination to pay that amount, though, so the parties involved must try to reach an agreement.