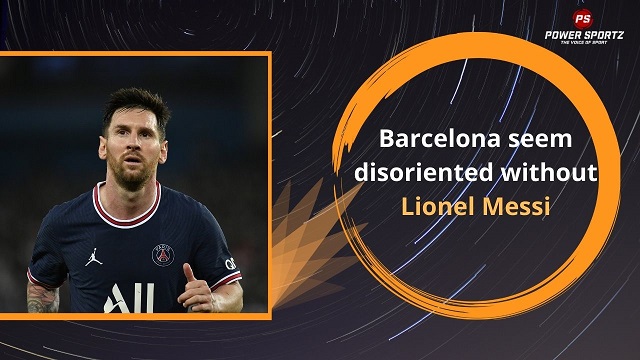 Barcelona has faced a lot of criticism over the last few months as they have mismanaged their football club. Some of the club’s expensive signings which include players such as Philippe Coutinho and Ousmane Dembele have failed to perform. In addition to poor performances from these players losing players such as Arthur Mello and Luis Suarez infuriated their fans. To add to the misery Barcelona lost their most accomplished and valuable player as a free transfer.

Even though Messi and Barcelona had a contract agreement in place Leo had to leave the Spanish giants. This is because the club couldn’t comply with La Liga’s financial regulations league; The regulations establish the amount of money a club can spend in a season which is set by their income. Keeping Messi at Barca ended up being an infeasible and impractical task. The magician ended up joining PSG as a free transfer.

Barcelona have been appalling this season and are currently coming ninth in the La Liga.

The Spanish giants are struggling without ‘La Pulga’ this season; They have only been able to win three matches of seven matches. In addition to the poor start in the league the club haven’t performed in the UCL and are coming last in their group. Ronald Koeman might end up being sacked if this form coutinues. The Dutch manager needs to work on inspiring his squad to play in a more systematical manner and work on converting their draws into wins. Players such as Memphis Depay and Ansu Fati will need fill the void of Aguero, Dembele and Braithwait as they are sidelined due to injuries.

The Spanish giants next match is against Valencia on the 18th of October at 12:30 am IST; it will be interesting to see how the team will perform after the international break.