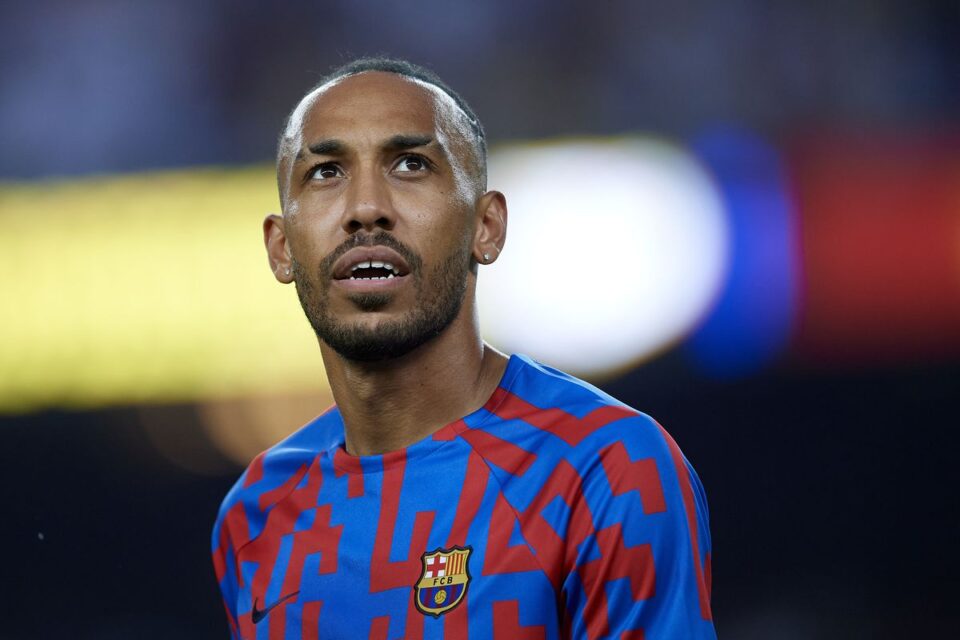 Pierre-Emerick Aubameyang, a forward for Barcelona, is apparently close to joining Chelsea on a permanent basis. Romelu Lukaku and Timo Werner left the Blues for Inter Milan and RB Leipzig, respectively, thus, the team is looking to add a new centre-forward before the transfer window closes.

Thomas Tuchel has made Aubameyang one of his top priorities because the German manager previously collaborated with the 33-year-old while in charge at BVB. Sky Sports News reports that negotiations between Chelsea and Barca regarding trade for Aubameyang have advanced and are nearly complete.

According to the source, the two clubs are talking about paying between £15 million and £25 million, with Chelsea wanting to include Marcos Alonso in a player-plus-cash deal and Barca preferring a straight cash payment.

Although Aubameyang only joined the Catalan giants in January on a free transfer from Arsenal, he appears to have slid down the pecking order under head coach Xavi after the high-profile addition of Robert Lewandowski.

Aubameyang scored 79 goals in two seasons during his time with the German outfit Borussia Dortmund under Tuchel. The 70-cap Gabon player has only appeared for eight minutes in Barcelona’s first two La Liga matches of the new campaign, and he did not make an appearance even as a substitute in Sunday’s 4-1 victory away at Real Sociedad.

The former Arsenal striker is believed to be open to a move back to the Premier League and a reunion with Tuchel at Stamford Bridge, where he is more likely to play regularly for the first team.

Aubameyang has an old connection with the Chelsea boss

Aubameyang and Tuchel have a tight relationship, and Tuchel said earlier this month that he still sees Aubameyang as “one of his players.”

“I enjoyed a lot working with him, it was a pleasure. This has nothing to do with the situation now, but some players stay your players because you were very, very close and Auba is one of those players,”

“We had a very close relationship. Always when he played here with Arsenal, it was straight away this close bond. They always stay your players in a way and Auba is one of those players.”

Wesley Fofana of Leicester City and Anthony Gordon of Everton are two other players that could join Chelsea in the final 10 days of the transfer window in addition to Aubameyang.

Raheem Sterling, Kalidou Koulibaly, Marc Cucurella, Carney Chukwuemeka, Cesare Casadei, and Gabriel Slonina are the six players Tuchel has already brought in this summer for a total of more than £150 million.

However, the 48-year-old is eager to add to his team.

“I think we can strengthen our squad in depth but, you know, it is one thing that you wish for and another what is possible.”

“There are still quite some days to go until the end of the transfer period and everything is possible until the end.”

According to estimates, Leicester would pay over £80 million for Fofana, while Everton would only consider Gordon trades for more than £50 million.

Barcelona will need £17m in order to register Jules Kounde