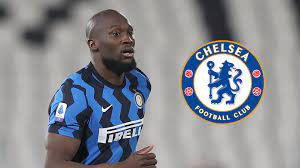 According to reports, Chelsea has changed its mind about letting Romelu Lukaku stay at Inter Milan. In his first season back at Stamford Bridge in 2021–2022, Lukaku made 44 appearances across all competitions and contributed 15 goals.

The Belgian international’s return to Inter after only a year was expected, though, as a result of his failure to perform well under Thomas Tuchel and a contentious interview given less than six months after leaving San Siro.

The concerned parties agreed on a season-long loan arrangement because Inter couldn’t afford to sign Lukaku on a long-term basis. Since that deal was completed, it had been anticipated that Chelsea would permit the 29-year-old to stay with the Italian powerhouses for a another season.

Calciomercato reports that the West Londoners no longer intend to permit Lukaku to stay in Serie A. According to the research, Chelsea would not benefit financially if their club-record acquisition was permitted to leave the team for 2023–2024.

If he remains committed to Chelsea, Lukaku will be 31 at the end of that season and still have two years left on his deal. Although Lukaku cost Chelsea £97.5 million to acquire last year, the Premier League team is rumoured to have made merely £6.7 million by letting Lukaku leave on a temporary basis.

Romelu Lukaku to make a return to Stamford Bridge?

Even though Lukaku’s pay cut allowed Chelsea to save money, a comparable loan fee is rumoured to have been informally agreed upon, the Chelsea hierarchy is apparently no longer interested in a second loan departure.

Todd Boehly, co-owner and chairman, would rather have Lukaku return to Chelsea and seek out a bidder for his services.

While Chelsea would not recover nearly as much of their August 2021 expenditure, the long-term advantage of having Lukaku’s salaries fully deducted from their expenses would be worth it.

Currently, Lukaku is having a terrible second stint at Inter because of an injury that has limited him to just three starts and two substitute appearances across all competitions.

The Belgian forward is reportedly out of his country’s first two World Cup games due to a recurrence of a thigh injury.