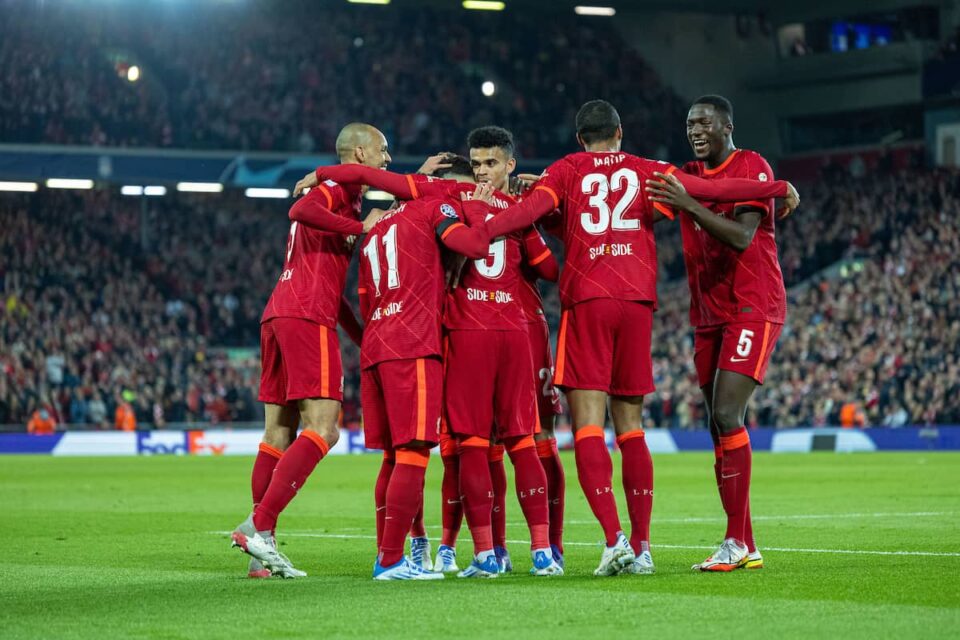 Liverpool welcomed Benfica to Anfield with a 2-goal advantage from the 1st Leg to book a place in the semi-final of the Champions League.

Liverpool were coming from a tiring & intense game against Man City at the weekend in the Premier League. As a result of which, Liverpool’s boss decided to give some rest to the key players on the European night.

It was a set-piece, much like the first leg, that gave Klopp’s team the lead, and it was Konate who scored it yet again.

Meanwhile, On 32nd min., Reds risk-reward offside trap, which generally captures a lot of prey, was broken as Milner’s deflected block sent Ramos through. Benfica needed to score the next goal at Anfield to have any chance of pulling off an extraordinary comeback.

However, Liverpool put their foot down in the 2nd half with a brace from Roberto firmino. On 73 min., Benfica broke through the Reds’ offside trap once more when Yaremchuk dashed through and rounded Alisson. On 81 min., VAR was called in once more to overturn another incorrectly called offside judgement that had thrown Nunez’s neat finish out.

Thus, this summed up the 2 leg tie in favour of Liverpool on an aggregate of 6-4. Despite Benfica scoring three times, Liverpool showed their depth to reach the Champions League semi-final, with Ibrahima Konate and a Roberto Firmino double making it a pretty comfortable night at Anfield.

Liverpool have now reached the European Cup/CL last 4 stage for the 12th time. No other English club have reached more European semi-final than the Reds, who equalled Manchester United.

Liverpool manager Jurgen Klopp was delighted to reach the semi-final of the 2021-22 UEFA Champions League. After the match in the post-match press conference, Klopp said

“The day when we qualify for the semi-finals of the Champions League and I’m not happy, come here and knock me out – it would make no sense,”

“We made seven changes for good reason, and played a really good first half where I liked a lot of things.”

On Benfica scoring 3 on the night to draw the match at Anfield, the Reds boss said

“Of course, it wasn’t exactly what we wanted to do, but it’s not important.”

“We played the game we played, we’re through and that’s all I wanted. I’m happy.”

Thus, Liverpool will now face the surprise team Villarreal, who knocked out Bayern Munich to reach the Semi-final.