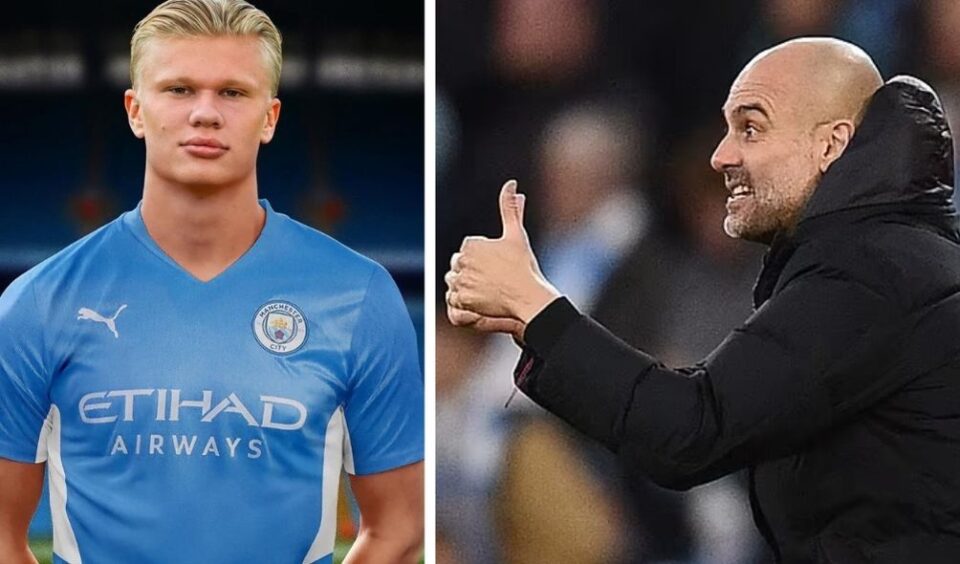 Erling Haaland is set to join Manchester City this week after passing a Medical as the Sky Blues agreed to activate the release clause. The fee is thought to be much less than the widely reported €75 million (£64 million).

The German club is set to announce the deal soon after Haaland notified them of his desire to depart after two and a half years. Haaland and City have agreed upon the personal terms to sign a five-year contract with a basic salary of roughly £350,000 / week plus significant bonuses.

The deal ends the search of Pep Guardiola’s no. 9 as the Citizens manager was desperate to sign a striker after Sergio Agüero’s departure. When Aguero moved to Barcelona last summer, Pep began looking for a replacement for the Argentinian. The No. 1 target at that time was Tottenham’s, Harry Kane.

But City were priced out of any potential move by the north London club’s chairman, Daniel Levy, who valued Kane at £150 million.

However, this season Guardiola turned his focus to Haaland as the City manager admires the Norwegian. Erling Haaland has scored 85 goals in 88 appearances for Dortmund but the question remains to be seen if he can suit City’s fluid passing style.

Other teams in pursuit of Erling Haaland apart from Manchester City

Real Madrid were also in race for the 21-year-old but the Spanish giants remained more focus on pursuit of Mbappe. When Real Madrid – Haaland’s first choice – decided to make Paris Saint-Germain’s Kylian Mbappé their top summer target, it opened the way for City to solidify their interest in Haaland once Guardiola approved the transfer.

The majority of City’s games this season have been played using a “false No 9.” Kevin De Bruyne, Raheem Sterling, Phil Foden, or Bernardo Silva have all played in this position, with Gabriel Jesus filling in on occasion. With three games remaining, City has scored 89 Premier League goals, the most in the division, but they have wasted several chances in critical matches

Thus, the Citizens were often criticized for not bringing in a prolific striker. Hence, the arrival of the 21-year-old was made possible.

Haaland is a proven scorer: 134 goals in 182 career appearances with 36 assists. One can say Haaland is a match made in heaven for the Current English Champions as they have all the playmakers a striker wants.