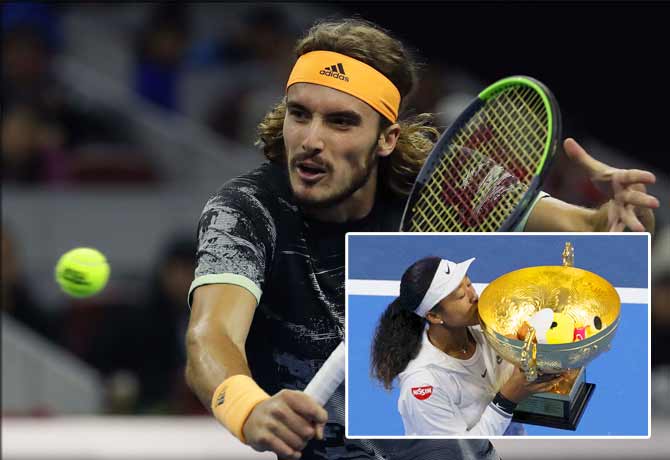 Seeded at the top, Dominic Thiem came from behind after being a set down to lift his 15th career title at China Open on Sunday. Thiem beat Stefanos Tsitsipas from Greece 3-6, 6-4, 6-1, in Beijing.

Enroute to his China Open title, Thiem overpowered former world no. 1 Andy Murray securing his spot in the season-ending ATP finals. Thiem is ranked 5th while Tsitsipas is ranked 21 in the world.

In the women’s final, it was Naomi Osaka who showed once again that she has it in her to win any title. Osaka defeated world no. 1 Ashleigh Barty 3-6, 6-3, 6-2 on Sunday to lift the China Open title. The two-time Japanese Grand Slam winner took 110 minutes to beat her opponent. Ashleigh Barty incidentally took a break from tennis five years ago and started playing cricket.

Osaka broke Barty on Sunday to win her third title in 2019 and fifth overall.