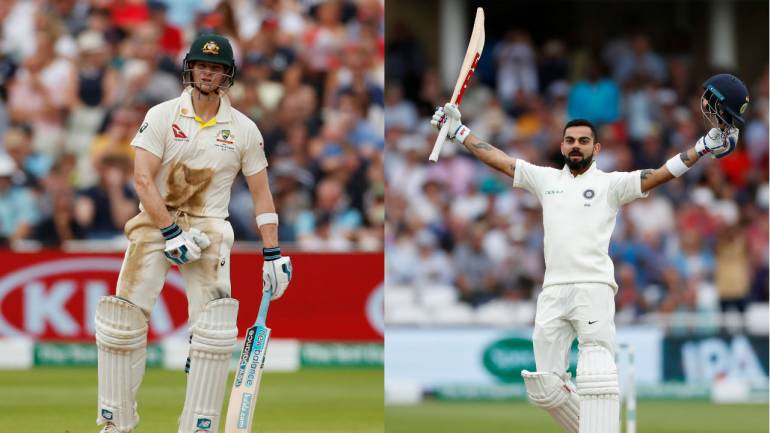 As Steve Smith is still juxtaposed at No. 1 in ICC Test rankings ahead of Virat Kohli, fans of the Indian skipper are at unease, often popping up the question that who’s the best between the two. In a recent media interaction along the sidelines of an event, former India captain Sourav Ganguly was also asked the same question.

However, Ganguly said that it is meaningless to make a comparison between the two batsmen. “These are questions not to be answered. How does it matter? It’s about performance. Virat is the best in the world at the moment. So that’s what makes us happy, ” said Ganguly. At the same breath, Ganguly also added on Smith, “His records speak for itself – 26 Test hundreds is a phenomenal record.”

Number one Steve Smith has 937 points, 34 points more than Kohli who has 903 points. Virat Kohli has 25 Test centuries to his name with an average of 53.14. Steve Smith with his 26 tons has an average of 64.6. Together, these two are contemporary greats in Test batting.